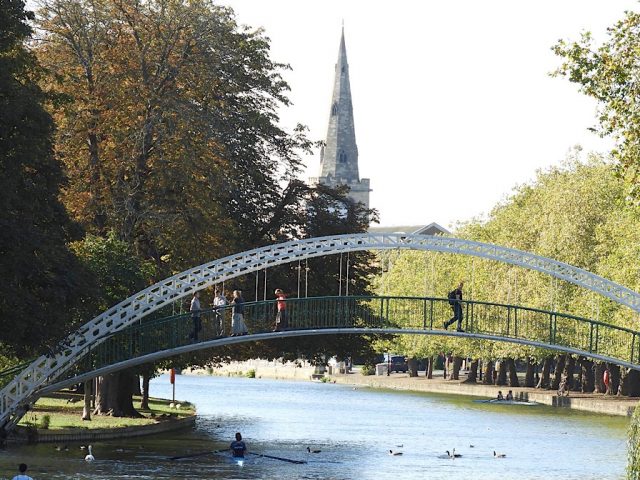 Bedford has ranked second in a poll of the best places to live in Bedfordshire in this year’s Muddy Stilettos’ website poll.

The county town came second only to Ampthill out of the eight Bedfordshire candidates up for selection – with the village of Pavenham in Bedford Borough also making the cut.

From towns to villages, hamlets to commuter favourites, each of the 200 locations across the UK were independently picked by the Muddy Stilettos’ editorial team and then over 24,000 readers went on to vote.

The top eight most popular towns and villages in Bedfordshire were:

In a round-up of the full results here, Muddy Stilettos, the urban guide to the countryside,  said: ‘There’s a huge buzz around Bedford right now. And it’s not surprising, this riverside gem is packed full of independents and gorgeously grand red-brick properties and terraces.

Proximity to ‘super-cool’ Bedford is also cited as a reason to relocate to Sandy, while sixth-placed Pavenham is:”…perfect for active types and anyone wanting to get involved in village life, with its numerous clubs and facilities.

“It’s also very gorgeous and super-close to buzzing Bedford and all its great independents.”

We asked Bedford estate agent, Nick Kier, partner at Lane and Holmes for his thoughts on what gives our town its buzz.

“Bedford is a great town to live in for many reasons,” said Nick.

“It has great transport links, not just for those commuting to London – just 39 minutes on the train – but it’s also convenient for the A1 and M1. You can also travel all the way to Kings Lynn on the river.”

With property prices around £120,000 – £130,000, Nick says buyers can get more for their money, but still easily commute to work (shared ownership and retirement properties aside).

But he says, it’s not just commuters who move house, there are more and more locals who want to stay in Bedford.

“Alongside the often talked about river and green parks, Bedford is blessed with a higher than a national average of independent shops,” said Nick.

“There is also a wealth of culture with museums, theatres and many festivals and events hosted by lots of different and diverse organisations.
“The town has a rich sporting scene with Bedford Blues rugby, two football clubs, hockey, tennis and golf clubs.  The Borough has outstanding and good state schools, loads of private, college and a university.

“The three words I would use to sum up Bedford are cosmopolitan, diverse and inclusive.”

Hero Brown, the founder and editor-in-chief of Muddy Stilettos said: “ It’s hard to be confident on whether a location is the right place for you, but we’ve built our reputation on having first-hand knowledge on the coolest place to go and things to do outside of London.

“This reader vote now gives a truly independent view on living in many towns and villages.”

Voting took place between 4 – 28 February 2022 and voters were given one vote each. Their decisions were based on their own knowledge of the best postcodes, shopping, schools, restaurants and bars, plus the commuting journeys for those needing to travel into London and major conurbations.