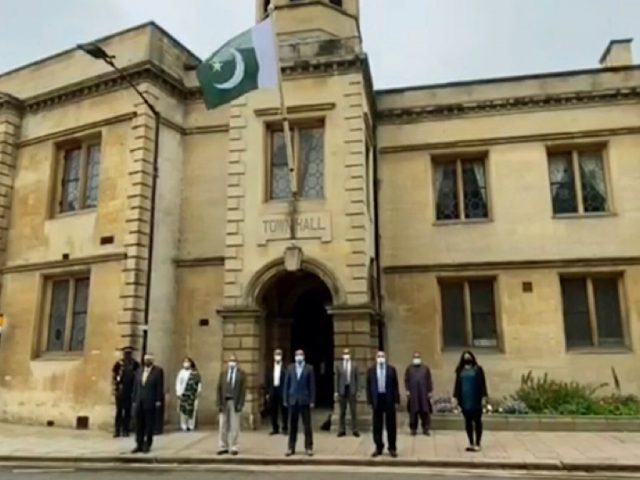 The 73rd year of Pakistan’s Independence was celebrated yesterday (14 August) by Bedfordians of Pakistani origin in a flag raising ceremony held at the Old Town Hall.

The ceremony, attended by community leaders representing the area’s Pakistani community, started with the playing of Pakistan’s national anthem, and the hoisting the Pakistani Flag at the Town Hall.

Bedford’s Mayor, Dave Hodgson, made a short speech highlighting the contributions of Pakistani Community which was followed by vote of thanks by Dr Azher.

The MP for Bedford and Kempston, Mohammad Yasin, also attended.

After the flag raising, the Pakistani community held special prayers in local mosques and in their homes privately, praying for the “prosperity and progress of Pakistan”, there was also special mention of the sufferings of people of Kashmir.