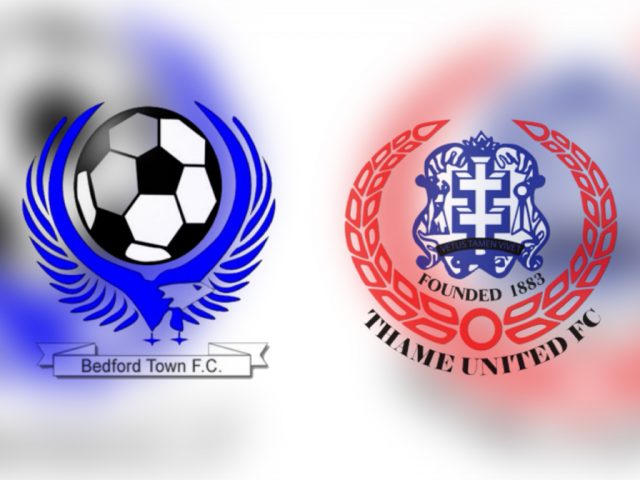 After what seems like a long preseason things get serious at the Eyrie on Saturday as Bedford Town get the new season in the BetVictor Southern League Division One Central underway.

Whilst it’s difficult to draw solid conclusions from preseason matches, the Eagles will be encouraged by their performances.

Scoring twenty goals and conceding twelve they chalked up six wins from their nine preseasons, many against higher ranked opposition such as Biggleswade Town and Hitchin Town from the division above and Kettering Town from the Nationwide League North.

Bedford’s only defeats have come at the hands of first team squads from Division One Peterborough United and Championship side Luton Town.

The Eagles completed a four match winning streak on Saturday against a strong Cambridge City side they would have been playing this season if not for them being moved to the Isthmian League.

This weekends opposition Thame United have had a mixed preseason, with five wins from their eight matches against opposition including Uxbridge and Risborough Rangers. Losses for them included Oxford City and Oxford United.

The Eagles lost 2-1 to Thame at the ASM Stadium in December, before winning 3-1 at the Eyrie in March.

Bedford will go into the match, bolstered by the signing of impressive centre back Damien Green.

The 27 year old has previously been with Ware, Witham Town, Chelmsford City and Heybridge Swifts. He spent the majority of last season with Bishops Stortford.

Speaking to Bedford Town’s official website www.bedfordeagles.net coach John Dreyer said “Damien is a player I’ve known for a while and he performed very successfully for me when I was at Ware.

“Jon, Nathan, the management team and I were looking to bolster our defensive options, and I thought he would be the ideal candidate to give competition to our other defensive players.”

After Bedford’s opening match on Saturday they travel to Berkhampstead in the League on Tuesday evening before embarking on their Emirates FA Cup campaign with a home tie against Deeping Rangers on Saturday 24th August.

It’s also been announced that Bedford will face last year’s winners of the league Peterborough Sports in the Southern League Cup at the Eyrie on September 10th.

Tickets for all home matches can be purchased through the Eagles online box office: https://bedfordtownfc.ktckts.com