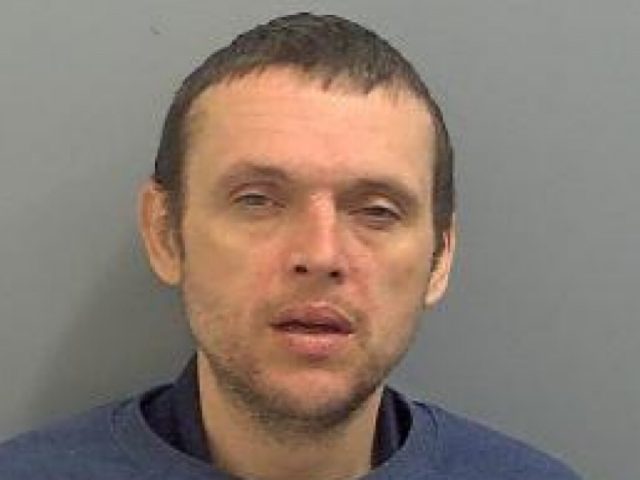 A prolific and violent thief from Bedford has been jailed for four years after being found guilty today of offences in Bedford supermarkets in March this year.

Following the sentencing, Sergeant Ted Rowland said, “Nobody should have to deal with the levels of violence he displayed when they go to work.

“I am satisfied with the sentence imposed by the judge, as his unacceptable behaviour left the victims of his crime understandably shaken.”

On 6 March, Turley entered Sainsbury’s in Clapham Road and stole three bottles of alcohol. When confronted by a member of staff he threatened to stab them and ran away from the shop.

On 10 March, he and another man went to Tesco in Cardington Road. The second man stole a number of bottles of alcohol, but was confronted by a staff member when he tried to leave, causing him to drop his basket and run away.

The staff member attempted to take the stolen alcohol back, but was pushed by Turley who grabbed two bottles and ran away.

On 19 March, Turley targeted another Tesco store in Riverfield Drive where he filled a basket with food and alcohol. Again, he was confronted by staff and was escorted out of the shop. Just before leaving he took a needle from his pocket and threatened staff.

Sergeant Rowland said: “Turley is a nasty individual who continually threatened staff in order to steal small amounts of alcohol.

“Turley’s time behind bars will hopefully give him an opportunity to reconsider his actions and learn from them.”

Turley was jailed for four years for robbery, and was handed a further eight weeks for breach of a suspended sentence, which will run consecutively.