When 18-year-old Jon Miles was conscripted to the Royal Air Force (RAF) in 1958 he could not imagine that he’d become part of one of the British government’s longest-running scandals.

Jon, now 83, lives in Elstow, but in 1958 he was posted to Christmas Island along with other RAF, Royal Navy and Army personnel.

They were there to provide support and infrastructure to military testing that was taking place in the Pacific.

Unbeknownst to them, they were unwitting guinea pigs during Atom and H-Bomb tests and Jon is among veterans and their families campaigning for recognition from the Ministry of Defence of their ordeal.

For 40 years, the Daily Mirror newspaper has been petitioning the UK government for justice for the brave men who took part in nuclear testing. Since 2018 the campaign has called on the Ministry of Defence (MoD) to confer a medal on the, then, 1,500 survivors of the tests.

Countless defence ministers have failed to give their support to the campaign, and the veterans recently met with PM, Boris Johnson, to demand that the current minister, Leo Docherty, gives them the recognition they deserve. 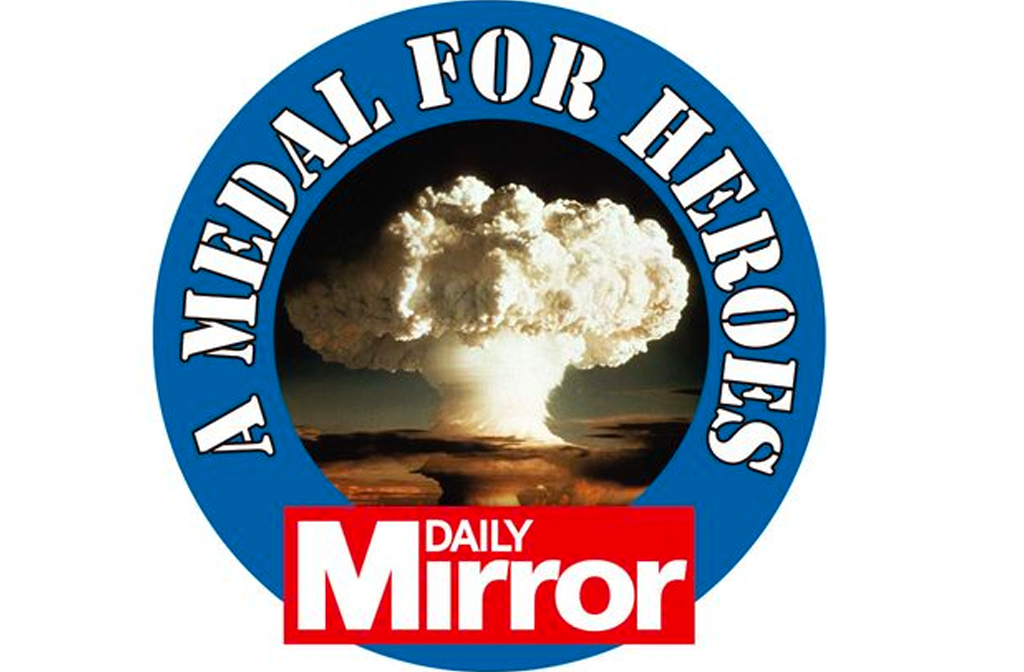 “Two Atom bombs and two H-bombs were detonated while I was there,” Jon told the Bedford Independent.

“While those involved in the testing were wearing full protective gear, myself and several thousand others were wearing a floppy hat, shorts and flip flops when the bombs went off.

“We were told to simply turn our backs until the blast was over.”

So little was understood about the effects of radiation at that time that aircraft would fly through the mushroom cloud in the wake of the explosion.

When the test bombs were dropped by an aircraft, Jon and his fellow servicemen were put on a boat in case something should go wrong.

“It would give us a headstart if we needed to be evacuated to Hawaii,” said Jon.

“In case we did need to evacuate, we were given two sandwiches for the journey. One cheese and one beef, which we ate within about 10 minutes of getting on the boat.

“We had absolutely no idea we were human guinea pigs. We were just doing our job on a picturesque Pacific island. Well, picturesque apart from the bombs.”

Jon – like many other surviving veterans – is not interested in compensation. Despite having cancerous growths removed from both of his lungs, he cannot prove that they were a result of being part of nuclear testing.

He just wants recognition for the survivors and their families.

After a year in Christmas Island, Jon was posted to Singapore and he stayed in the RAF for a further 12 years. Originally from London’s East End, he was demobbed to Cardington and liked Bedfordshire so much he decided to stay. He now lives in Elstow and is chairman of Elstow Parish Council.

Jon has the backing of Bedford and Kempston MP, Mohammad Yasin and is urging other residents to write to their MPs, including Bedfordshire’s Richard Fuller and Nadine Dorries, to ask them to join the campaign.

Mr Yasin wrote to the defence minister on 28 July and has yet to receive a response.

“It is vital that the unique service and sacrifice of Mr Miles and the other veterans that were involved with the Christmas Island nuclear operation be formally recognised,” he told the Bedford Independent.

“Their service was integral to forming Britain’s nuclear deterrent, yet they’ve been largely forgotten. Their legacy could not be more important to UK security in light of Putin’s war with Ukraine.

“So it’s long past time to re-examine this part of our history which must include looking at the long-term health impacts of those involved.

“Other countries have recognised the risks of radiation exposure and have paid compensation. Our veterans have waited over 70 years to have their concerns taken seriously so the Government response must be respectful and swift.”

“Please write to your MP and ask why, after 70 years, there is still no recognition for survivors,” said Jon.

“I’m one of the lucky ones, but some veterans’ children have suffered. It’s time we were given the recognition we deserve.”