Public health chiefs in Bedford believe the Borough is now back to where it was in October and November after a new, more catchable, form of COVID-19 (coronavirus) unleashed itself on town.

A meeting yesterday (13 May) was told that the majority of the 34 Indian variant cases so far identified are “not travel-related” but may have been spread by social activities among friends.

Borough public health chief Ian Brown said: “I believe that we’ve been unlucky in Bedford in that there were maybe a series of unfortunate events that led to a couple of gatherings and some super-spreading that’s now seeded into a number of our areas in Bedford.”

While cases are rising exponentially – doubling every seven days – among children and unvaccinated younger people, the meeting heard that there is no evidence that the new variant can escape the vaccine or causes more serious illnesses.

Mr Brown said that “we are seeing entire households infected in a short space of time.” 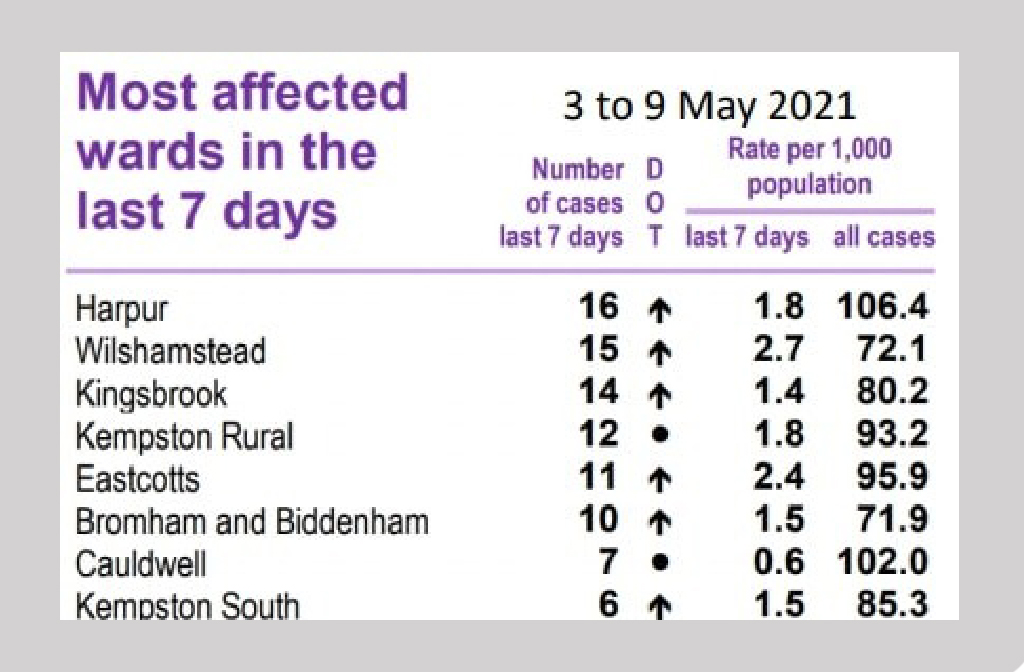 The situation in Bedford Hospital was described as “stable” and there has not been an increase in deaths. The rate of deaths is about where it is expected to be.

But with a further round of lockdown-easing coming on Monday, when people will be able to hug others and go into pubs and restaurants, Mr Brown said it was a “critical moment” and asked, “everyone to be very cautious”.

The meeting urged people to consider staying outside, rather than going into venues and to follow the hands-face-space and fresh air advice.

The meeting heard that efforts are being stepped up to trace the contacts of everyone who has been found with the Indian variant.

The council has requested that “surge testing” be carried out and more mobile test units are due to arrive in the borough.

Half of the borough’s covid positive tests are looked at to test which variant they are and 73 per cent of them have been found to be the Indian, with the remainder the one first identified in Kent, the meeting heard.

With a borough council planning meeting organised for Bedford’s Corn Exchange on Monday. 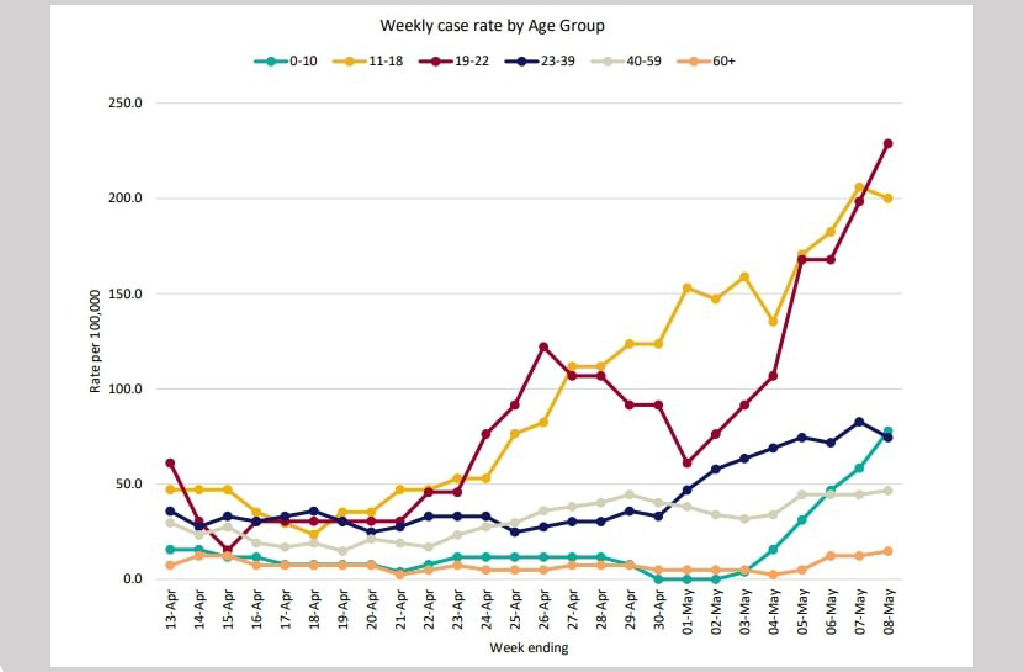 Mr Brown said: “From a public health perspective the decision to go back to face to face meetings for councils feels like a retrograde step.

“We are working very hard to make sure that those meetings are as safe as they can be – there are no guarantees, unfortunately.

“But we are making sure we are limiting the numbers so that social distancing is possible and making sure that areas are well ventilated.”

And the meeting had a sobering warning for areas outside of Bedford.

Mr Brown said: “The conditions are fairly ripe everywhere for this to happen in other places unfortunately I suspect that much like October and November when we saw the Kent variant spread very rapidly my suspicion is it is only a matter of time.”