Newly re-elected MP for Bedford and Kempston, Mohammad Yasin, has robustly refuted claims made by the Secretary of State for Health, Matt Hancock, that he did not receive any lobbying from the MP for a slice of the Bedford/L&D hospital merger cash.

Mr Yasin has confirmed that in March 2019 he met with the Minister of State for Health, Stephen Hammond, along with other Bedfordshire MPs, Alistair Burt and Andrew Selous, specifically about funding for Bedford Hospital.

Earlier this year it was announced that the long-awaited merger would benefit from a £99m investment. However, none of the money was allocated to the Bedford Hospital site.

During the election campaign, Secretary of State for Health, Matt Hancock visited Bedford and was asked by the Bedford Independent, why our hospital had not received any of the funding allocation.

Read: Secretary of State for Health visits Bedford with commitment to NHS

Mr Hancock replied, “I didn’t have any lobbying from the current Bedford MP [Mohammad Yasin] on that and I think that one of the advantages of electing Ryan, you’d have a strong voice for Bedford who’d be able to make the case for that investment to be shared more fairly between Bedford and Luton.”

Responding, Mohammad Yasin said, “It was disappointing that the Health Secretary denied my considerable efforts to obtain funding for Bedford Hospital.

“The Health Secretary made a number of dubious claims during the election campaign, but I am grateful that a majority of Bedford and Kempston constituents saw through that.

“The bids for merger money were submitted some time ago and the funding split agreed by the respective hospital boards.

“These talks took a place when the very future of Bedford Hospital was in jeopardy and retaining the hospital and its services was the priority. The merger was a way of securing those services.

“In March this year, I questioned the delay in issuing funding when I lobbied Health Minister Stephen Hammond for funding with MPs Andrew Selous and Alistair Burt. Perhaps the Health Secretary delegated the job of meeting with us to a minister.

“I urged Mr Hammond to release the money needed to secure our services and to make more available for infrastructure projects for Bedford. He told me at the time that the Treasury were holding funds back for Brexit planning.

“I also questioned Boris Johnson on funding for our hospital on his first day as PM. I submitted numerous written questions to the Health Secretary, which were again responded to by a departmental junior rather than the Secretary of State.

Perhaps Matt Hancock doesn’t pay attention to such matters, but he certainly should do.

“Our hospital – like every NHS hospital – has been starved of funding  and resource over the last nine years of Tory Government. That is a fact.

“Health service providers should not have to bid for money that they need to deliver services, it should be provided in accordance with the needs of the population.

“Locally we need better access to GP appointments, better facilities at our hospital, a return of inpatient mental health beds, more investment in Public Health and prevention, more nurses, and a credible plan with a lot more funding for social care.

“These things cannot wait, and I will continue to do all I can to push Boris Johnson and the Health Secretary to deliver what our towns need.”

Sports reporter opens up about mental health: “The dark days are behind me”

Confusion over location of temporary coronavirus testing site in Bedford 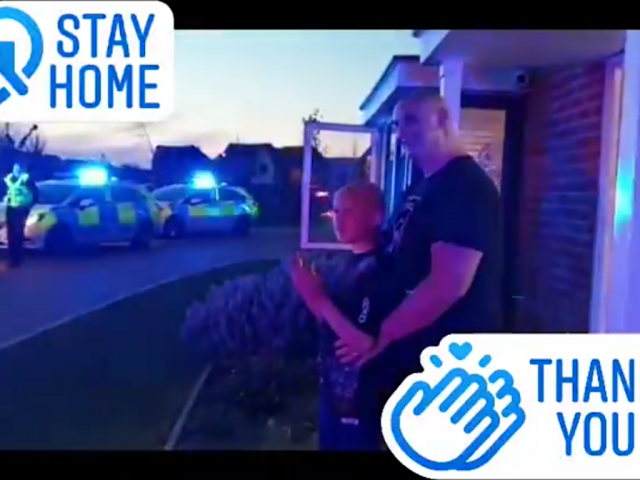