In a session dominated by heckling and jeering following a spate of resignations among the Conservative party, the House of Commons was respectfully quiet as Mr Yasin asked the Prime Minister to join him in expressing his deepest condolences to those injured and affected by the devasting fire.

Following PMQs, Mr Yasin told the Bedford Independent: “It was very important that I put on record the terrible incident that happened in Bedford on Monday.

“My thoughts are with those grieving and those affected by the sudden and traumatising loss of their home.

“We still don’t know the exact cause of the explosion yet but what I do know is how important the emergency services are.

“One firefighter was injured in the blaze and as I said in my question, it was a timely reminder of the vital and dangerous work they do running towards a burning building when our human instinct is to run away.”

In his question, Mr Yasin referenced the government’s 2% pay offer to firefighters, which he said is, “… a 12% real-terms pay cut over the last decade”.

“If we want to avoid a series of debilitating strikes in the coming months we need a fair deal for public service workers who are are the backbone of our country,” he said.

The beleaguered PM faced questions from all sides of the house, calling for his resignation. He was flanked on the front bench by Mid Beds MP, Nadine Dorries, who has unequivocally given Boris Johnson her support.

I’m not sure anyone actually doubted this, however, I am 💯 behind @BorisJohnson the PM who consistently gets all the big decisions right.

North East Bedfordshire MP, Richard Fuller (Conservative), has yet to make a statement on the situation facing the Prime Minister and the Tory party.

Alongside Ms Dorries, he supported Mr Johnson in the confidence vote that was held at the beginning of June. 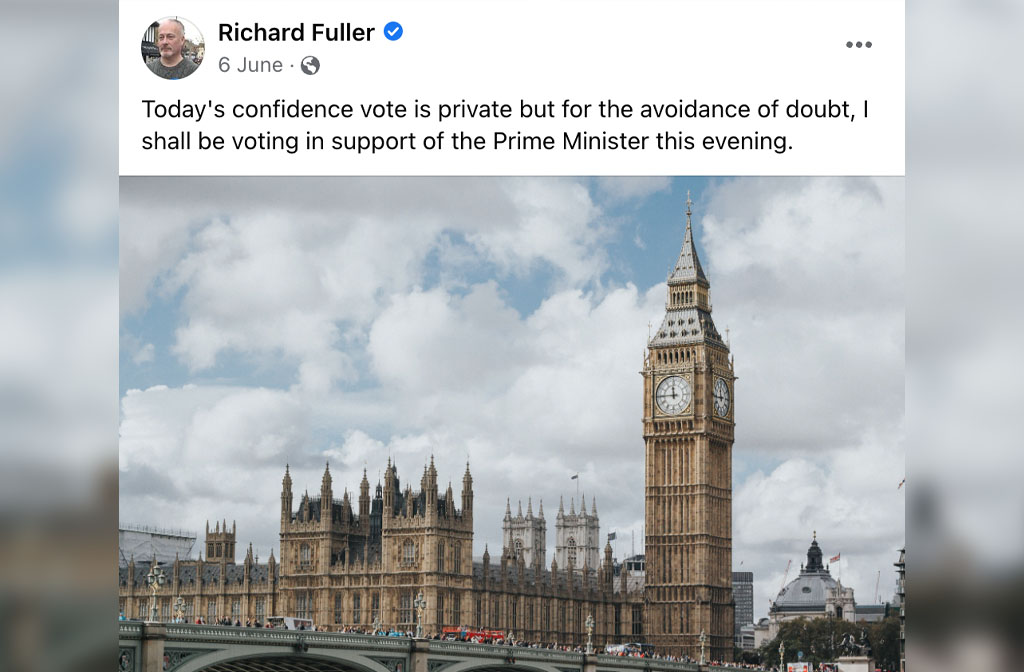 Mr Yasin said: “Boris Johnson is both a disgrace and a distraction from the many problems facing our country at the moment from the cost of living, the millions on NHS waiting lists and the declining economy.

“The Prime Minister is up to his neck in sleaze and scandal. Even his own MPs want rid of him, but he’s determined to cling on to power like a tinpot despot.

“Enough is enough. It’s time for him to go and give an honest, competent Government a chance to turn the country’s fortunes around.”