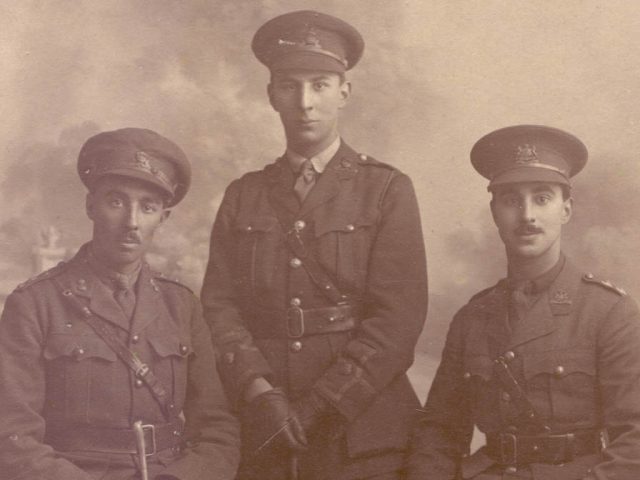 Students and staff at Bedford Modern School are each remembering a former pupil who fought in World War One to mark 100 years since its end.

Each person at the school has been given one of 1,100 lanyards, with details of the former pupil who fought in the war.

This includes any honours received, if they paid the ultimate sacrifice or, in the case that they survived, what happened to them after the war.

Researching the former pupil’s involvement took almost 12 months and was looked after by the school‘s Combined Cadet Force (CCF) Contingent Commander, Alex Smith: “This project will leave a lasting legacy for current and future generations to remember and reflect on the huge contribution that these men made, not only during the time of war, but in the years following.

“While in the past we have rightly focused on those who paid the ultimate sacrifice; for Bedford Modern School (BMS) that totalled 201, the centenary of the end of the war is the right time to reflect on those who returned and continued with their lives and contributed so much to our times. It has been humbling to discover more about them.”

Speaking to Bedford Independent, Alex spoke about how three brothers stood out and that surviving family members from as far away as New Zealand helped with the research into their story.

Hubert Leslie, Sidney James and Wilfred Osborne Palmer attended BMS during the early 1900s. Their father owned a shop selling general wares on Mill Street in Bedford. All three brothers joined the Army; two with the Lancashire Fusiliers and one with the Manchester Regiment and all miraculously survived.

These three brothers are now paired with Alex and two current students, Caleb Savery and Tess Campbell-Bareham, who also represent the Army and Navy in the school‘s CCF.

Both spoke about how the project has helped them feel closer to those who attended the school before them and fully appreciate the sacrifices they made during times of conflict.

Connecting current students with former pupils is just one way that BMS is marking 100 years since the end of World War One. Other events include:

The commemorative events then ends on 16 November. Students from Years 9 and 10 will perform scenes from Journey’s End together with poetry, letters and other works, in an imaginative and dramatic re- telling of tales from the depth of the trenches to the heart of the home front.