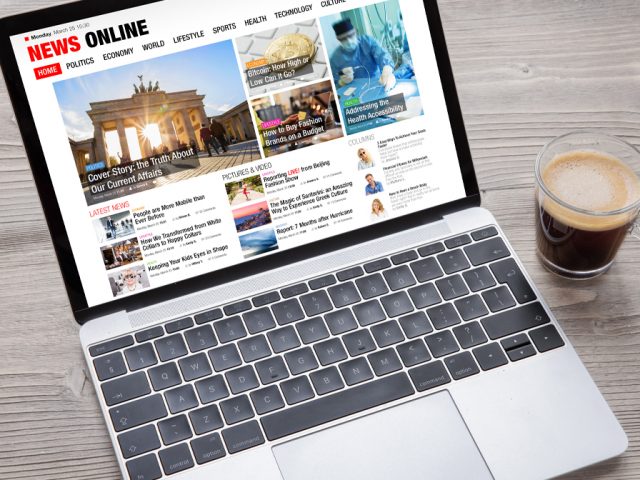 Representatives of local media in Bedford have given evidence to the Department for Digital, Culture, Media and Sport (DCMS) Select Committee as they investigate the sustainability of local journalism.

Director of Bedford Radio, Martin Steers represented the UK Community Radio Network (UKCRN), of which he is one of the co-founders, as part of the first in-person panel giving evidence yesterday (17 May).

He gave evidence based on his experience in the community radio sector, as well as running NLive Radio on behalf of the University of Northampton to inform both the oral evidence and previously submitted written evidence.

The Committee opened its inquiry into the topic in February to examine the challenges facing local news organisations and what support should be put in place in order to maintain their democratic function.

Martin was invited to give evidence in person about what community radio stations do to support local journalism and understand the issues that may impact its future.

During his session, he sat alongside Owen Meredith, Chief Executive of News Media Association and David Powell, Chair at Local TV Network.

Following the session, Martin Steers said: “It was a nervous but a worthwhile experience, expressing the concerns of the community radio sector regarding the sustainability of journalism.

“Our thoughts, comments and input seemed to be well received by the Select Committee, and I hope it can help start further conversations to secure more opportunities for the sector”

The Bedford Independent joined 56 other ‘witnesses’ giving written evidence to the DCMS.

Along with other independent publications and the organisations representing them, they highlighted what some have called “unfair funding practices” that benefit publishers owned by hedge fund managers overseas.

“There is too much support for big publishers who do little to truly represent the people they serve,” said the Bedford Independent’s co-founder and co-managing editor, Paul Hutchinson.

“Despite having some excellent and passionate journalists working for them, those in charge just don’t seem to understand or care what genuine local news needs to be.”

Media publication Hold the Front Page recently reported on one large publisher looking to create a ‘story farm’ where hundreds of journalists covering large patches will be based in one central location.

The Bedford Independent has long championed the importance of regulated and trusted news, provided by people who live and work in the areas they serve.

“There is an increase of big publishers setting up websites that are edited many miles away, with clickbait-style stories written by people who don’t know their patch,” added Paul.

“We need a system that allows those with the right training and knowledge to build independent and public interest focussed publications that provide local people what they want and need.

“Sensationalising weather reports, copy and paste articles from TripAdvisor, and clickbait gossip is not news. We need to change things now before it’s too late,” he said.

The future of independent media

The second session yesterday looked specifically at the provision of public interest news and how independent publications are filling the void of local news.

While giving evidence it was highlighted how billions of pounds go to big publishers from the taxpayer and through grants from private companies, despite recording large profits.

Amongst the issues raised were the archaic rules surrounding public notices.

“Public notices cost taxpayers nationally around £250 million a year and the government insists they must be in a printed publication,” said Paul.

“Yet independent figures in Bedford Borough alone show that the only qualifying printed publication we have reaches just 1 in 8 people.

“The rules around public notices are archaic and not fit for purpose. There must be greater competition to allow digital news sources, not controlled by local authorities, to also provide this valuable service at a more cost-effective rate.”

Jonathan Heawood from PINF also highlighted the work they and other organisations are doing to create a network for public awareness, citing efforts to support the Government’s covid campaigns.

However, despite a year of work, just three independent publications were given awareness-based advertisements for publication.

“We hope the DCMS considers evidence from all areas of the sector and a level playing field is created so independent publications like us and radio stations like Bedford Radio can continue their vital work,” added Paul.

Written submissions came from across the sector, including from UKCRN, press regulator IMPRESS, the Public Interest News Forum (PINF), News Media Association (NMA) and many independent publications individually or via the Independent Community News Network (ICNN).

You can read the Bedford Independent’s evidence submitted to DCMS enquiry into the sustainability of local journalism here.

You can read more, and other evidence submitted, at the DCMS website.