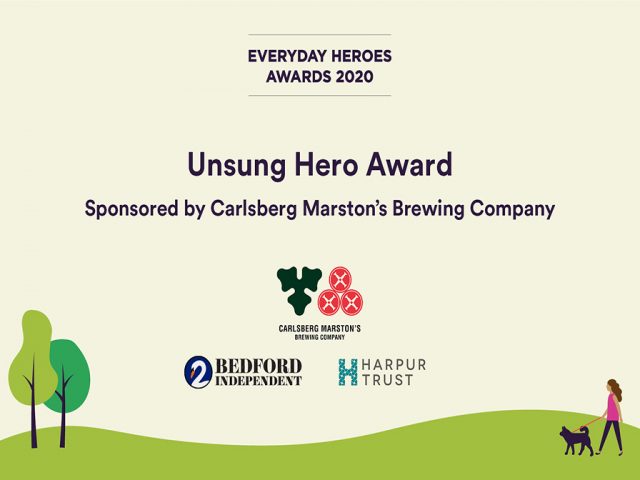 Today we’re looking at our Borough’s unsung heroes and giving you a short insight into why they’ve been nominated.

Jim is an inspiration, a volunteer whose sheer determination and passion keeps the Golden Gardens Community Garden in Goldington thriving, which he singlehandedly maintains. Without Jim’s passion, commitment and drive the local community would not have such a wonderful garden facility to enjoy.

Martin, a Street Angel, helped a young worker who was attacked at the SMART’s Somewhere Safe to Stay Hub in Harpur Street by someone who was refused entry. Along with a colleague, he called the Police and stayed with her to keep her safe and to comfort and reassure her.

The person nominating Martin has MS and has called him “one of the most caring, the kindest men” they have come to know in Bedford. Aside from Martin helping them when they visit, Martin also employs young people with learning difficulties and others who need their confidence restored or in some cases building up.

Mohammad is a Bedford taxi driver who picked up an elderly customer. They asked to go to their bank saying they had to “withdraw £5,000 for the police”. Mohammad realised she was being scammed and took steps to warn them and prevent their money from being stolen. He then warned others across Bedford so they wouldn’t fall prey to the scammers.

Ryan started a Sunday league football team called Hawkins which is based in Bedford Park and has kept it going for the last two years. Catering for players of all abilities from the age of 17 to 47, the team has helped some players with mental health problems, improving their social networks in Bedford, and fostering community spirit.

You can find out who has been awarded the Bedford Independent Everyday Heroes – Unsung Hero Award on 25 March 2021 at 7:30 pm on our website, Facebook Page and YouTube channel.