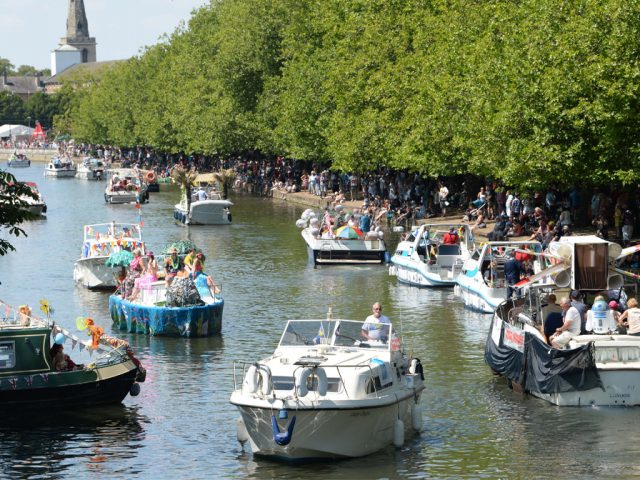 Bedford High Street will be closed to traffic for the 2020 River Festival.

Mayor Dave Hodgson made the announcement at the Eagle Brewery last week (14 August) at an event to launch the 2020 festivities.

“We had a lot of problems last year, with people taking their lives in their hands trying to dodge the traffic as they crossed the road,” Mayor Dave told guests at the event.

“So to make it safer, and to also make sure the town is more involved, we’re going to close the Hight Street so the town centre is even more involved in the River Festival.”

Bedford Borough Council have yet to say what parts of the High Street will be closed and at what times.

However, a spokesperson told the Bedford Independent this morning that “discussions are currently taking place with stakeholders.”

The Eagle Brewery event introduced the River Festival’s headline sponsor, Wainwright Golden Beer, which has committed to support the event over the next few years.

Read: The countdown to Bedford’s 2020 River Festival has begun

Chris Keating, Director of Marketing at Marston’s, who own the Wainwright brand, said: “Our sponsorships of the Kite Festival, Bedford Park Concerts and Bedford Blues will continue.

“But this, for us, really is the icing on the cake so we’re absolutely delighted to be involved.”

The event also showcased the commercial opportunities for businesses around the festival to help fund the activities and planning.

Also speaking at the event, Cllr Charles Royden added: “The festival does cost us money as a Borough, so it’s good that it’s been retained as something we’re committed to, as it’s great for Bedford, great for Bedford businesses.

“But we do need sponsorships so if I’m going to bring this in on budget I need you [local businesses] to dig deep.”

To view sponsorship and trader opportunities available at the River Festival, head to their website.