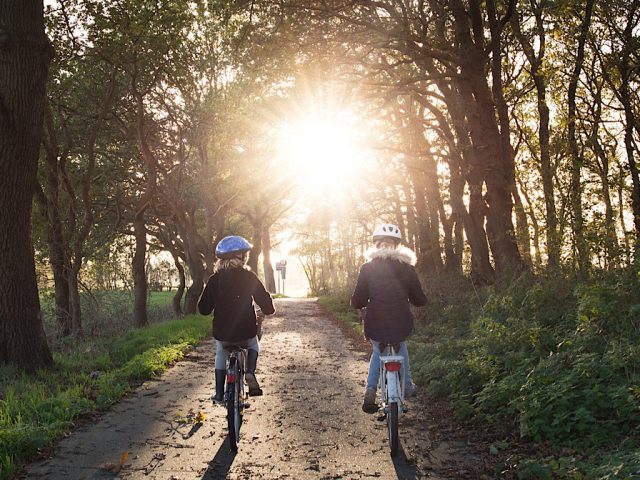 The Bedford Green Wheel is a network of traffic-free paths, cycle routes and bridleways encircling Bedford and Kempston.

The aim is to create an orbital loop to link parks, nature reserves, countryside and homes with routes in and out of the urban area.

Last year, £100,000 was spent on new directional signage across the Green Wheel to better highlight and publicise these routes.

This, a report presented to the Environment & Sustainable Communities Overview & Scrutiny Committee last week (June 9) said, was part of a rolling programme of “significant investment” in cycling infrastructure in the borough.

The report added that ways to improve the Green Wheel connectivity is
being investigated as part of the Town Deal project and the developing Local Cycling and Walking Infrastructure Plan (LCWIP).

Set out in the government’s Cycling and Walking Investment Strategy, LCWIPs identify any improvements required for cycling and walking routes at a local level.

The report said these are “vital” to the government’s goal to increase the number of trips made on foot or by cycle.

LCWIPs are a long-term approach (ideally over 10 years) to developing local cycling and walking networks.

They include identifying preferred routes and core zones for further development and identified improvements needed for the network.

The council’s LCWIP has the geographical boundaries of Bedford, Kempston and eight near-by villages within 7km of Bedford’s town centre.

It is expected, dependent on further investigations, that significant improvements will be proposed for accessing these villages.

These improvements would form part of future bids for government funding. Four routes will be considered as part of the development of the LCWIP.

These are an off-road link under the A421 between Wootton and Stewartby Lake; re-routing of Route 51 from Kempston, through Wootton; improved crossing A6/A421 towards Wixams and Wilstead; and improvements around Mowbray Walk and Brickhill.

There are no set timelines for the completion of these routes.

Matthew D’Archambaud, chief officer highways, transport and engineering, told the committee the LCWIP will provide a costed “oven ready” network of improvements that will be ready for future funding opportunities.