A Bedford schoolgirl who took part in a pen pal project run by the National Deaf Children’s Society has told the Bedford Independent about the positive impact it has had on her life.

Nine-year-old Heidi was born with unilateral hearing loss, meaning that she is completely deaf in her left ear.

Over the years she has become more aware of her impairment and what it means for her in terms of socialising, education and her day to day activities.

“On the recommendation of a friend with a hearing-impaired daughter, we became members of the National Deaf Children’s Society, which offers many resources for hearing impaired children and their parents,” Heidi’s mum, Ceri, told the Bedford Independent.

“We saw the Pen Pal opportunity on the NDCS website and Heidi jumped at the chance of meeting someone else, who in her words is ‘like me.’ That was the crucial bit – meeting someone who had similar experiences and faced similar challenges to her.” 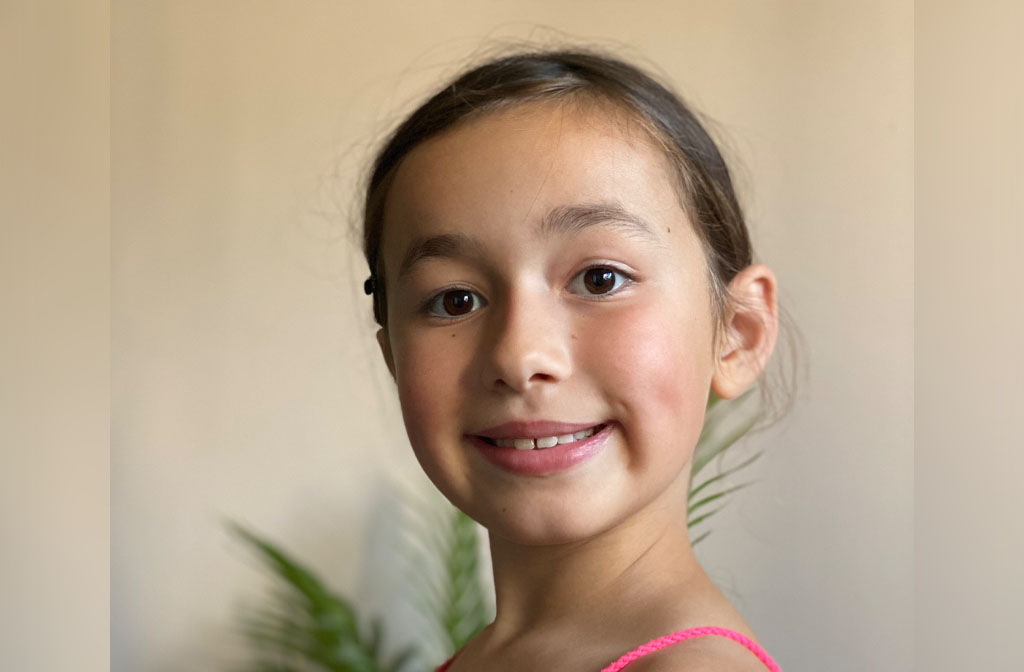 Heidi said she didn’t really know what to expect, but discovered she enjoyed writing letters to her pen pal, Anna, on the computer.

She said that the spellcheck function really helped her build her confidence – and it also meant that her letters were filled with emojis.

She loved receiving the letters and always wanted to write back straight away.

“Her favourite part was getting to know Anna and sharing stories about their struggles,” said Ceri.

For example, both of them shared their frustration that when someone says something and they don’t hear straight away, they would ask them to repeat the sentence only to have the other person say, “Never mind, it doesn’t matter.”

After they had created some common ground, the discussions soon turned to favourite toys, books and games and it became evident how beneficial the project was for Heidi’s mental health, social skills and to normalise her hearing loss in some way.

Ceri said: “I was blown away by how much Heidi got involved and became more engaged through every letter she received and wrote back.

“It helped to increase her confidence and enabled her to feel more empowered. After the project came to an end, Heidi and Anna have continued to write to each other, however, school work has meant this is not as regular as during lockdown.”

In the last few years Heidi has become increasingly aware of her hearing loss and how it makes her different to others.

Normal things such as learning to cross the road or in a few years, learning to drive, are more challenging because of her hearing loss.

The Pen Pal project – and also getting involved with local hearing impairment charity, Access Bedford (where she has learnt sign language) – has helped Heidi to feel more confident, able to deal with her hearing impairment, and to see it more as a ‘super power’ rather than a disability.

This has also been influenced by watching Rose Ayling-Ellis take part and go on to win Strictly Come Dancing last year.

Her win made Heidi realise that her hearing loss is perhaps not the huge obstacle she once thought.

Heidi said: “Rose winning Strictly showed me that despite being deaf, you can still be the very best at something. She has made me think about all the things I could be when I grow up. And my deaf ear won’t stop me.

“I’ve realised that being different to other people doesn’t matter, but I want other people to understand what being deaf means. I’ve got more confident in myself and my friends understand that if I’m to hear them, they need to speak in my good ear.“

Said Ceri: “The Pen Pals project is a brilliant way for children to get to know others who are going through similar things with their hearing loss – as well as creating a vital support network, at its basic level, it’s about friendship and kindness.”

You can find out more about the project and the work of the National Deaf Children’s Society here.