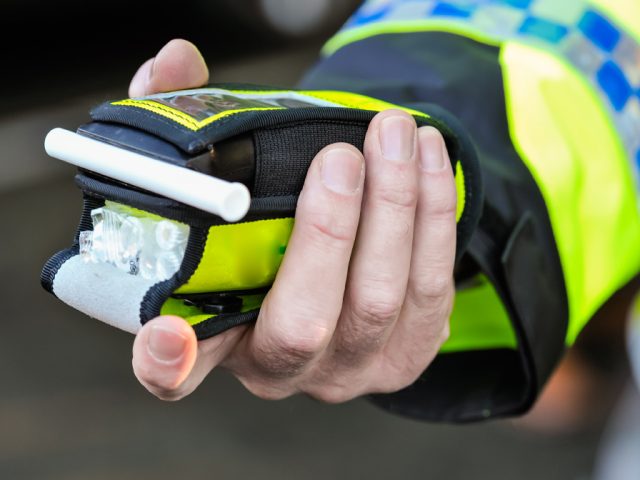 A man who went “careering” through the streets of Bedford late at night, trying to shake off a police car, has narrowly escaped going into prison.

Rajesh Singh drove through residential areas of the town at nearly 70 miles per hour, jumped a traffic light and took a roundabout on the wrong side.

Despite being followed by the police with its blue lights flashing, Singh continued to try and get away until his vehicle went into a spin as he tried to turn onto the A6.

Today (Tuesday) Luton crown court heard at the time of the high speed pursuit, in the early hours of 14 December 2019, Singh was heavily intoxicated after drinking vodka.

He also had a small amount of cannabis on him.

In court Singh, 35, of Beechdale Road, Bedford pleaded guilty to dangerous driving, failing to supply a specimen, possessing cannabis, driving with no insurance or a driving licence.

At the start of the hearing this morning, footage from a police video camera which had captured the chase was played in court.

It showed the Seat Leon the defendant was driving that night which didn’t belong to him parked in Farrer Street in Kempston, Bedford.

As a police car pulled in behind it, Singh drove off at speed. The road had a 20mph speed limit but that didn’t stop Singh hitting speeds of 37mph.

The police officers following noticed him cut a corner to turn into Bedford Road. Soon after he went through a red light as he made his way into Bedford.

Prosecutor Oliver Wellings said it was in Shakespeare Road in Bedford that Singh’s vehicle touched speeds of 67mph despite the speed limit being 30mph.

The chase finally came to an end minutes later when he lost control of the car as it turned into the A6 and it went into a rear end spin.

Questioned by the police he said he had drunk a quarter bottle of vodka and a search revealed he had a small amount of cannabis on him which was for personal use.

The court heard that following his arrest Singh made the decision to move away from the Bedford area for a while to keep on the straight and narrow.

He had got work as a painter a decorator in Manchester.

Passing sentence Recorder Cairns Nelson QC told him: “You were careering around the streets of Bedford in a motor vehicle that wasn’t yours, driving at excess speeds and being chased by the police in a residential area.”

He said it wasn’t surprising Singh had lost control of the vehicle.

Singh was given a 24 month community order. He will have to complete 19 sessions of a Thinking Skills Programme and carry out a 25 day Rehabilitation Activity Requirement working with probation staff to address his offending.

He was also told he must carry out 100 days of unpaid work.

Singh was told that he was also banned from driving for three years and must take an extended driving test before he gets behind the wheel of a car again.

Finally he was told he must pay £200 towards the prosecution’s costs.