Bedford’s historical association with airships will be celebrated with a programme of events and exhibitions later this year, thanks to Bedford Creative Arts.

The project is the result of three years of investigation and research into Bedford’s history with the airship and Cardington Sheds, working closely with award-winning artist Mike Stubbs, who grew up in the town.

BCA will partner with The Higgins Bedford and the Airship Heritage Trust to build towards a programme of exhibitions and events that celebrate the town’s airships history, and to celebrate the 90th anniversary of the last flight of the infamous R101.

The project partners will be providing a number of ways that local people can share their airship and Cardington Sheds memories throughout the summer, culminating in an outdoor event on Castle Mound later in the year.

The event will be supported by a six-month exhibition in The Higgins Bedford, including community curated memories and artefacts, alongside a contemporary arts installation, exploring “flight and fantasy, exploration, greed and folly”.

“The R101 is best known for its tragic crash in France, less than a day from taking off for its planned trip to India, and killing nearly all of its 54 passengers,” said BCA Director, Elaine Midgely.

“The aim of this project, however, will be to celebrate innovation and large-scale dreams, of the kind that have shaped the modern world we now live in, and that Bedford was central to in the 1920s.

“BCA will be asking the public to share their own experiences of Bedford’s airship heritage, whether that be anecdotes from older relatives or objects that have been saved in the family.

“Given the uncertainty around events taking place this year, there will be a number of ways to join in digitally, either sharing your own videos or watching links that we will be sharing – from interviews with key experts, to artist workshops and rare footage.”\

Mike Stubbs, who is the appointed lead artist for the project, said, “I am so happy to hear the success of our funding bids, following a really meaningful and collaborative period of research and development into this project over the last few years.

“Working with new friends helping me delve into the communal memories, mystery and awe of the sheds and airships which made such an impression on me as a child in Bedford.

“This new art project will give opportunity for an increased sense of pride and ownership in what Cardington Sheds represents to the town and beyond.”

Anne Jenkins, Director, England, Midlands & East at The National Lottery Heritage Fund, said, “Communities are at the heart of our funding, and we are delighted to support Bedford Creative Arts in exploring the stories of the area linked to airships and Cardington Sheds.

“Thanks to National Lottery players, this project will give local people the opportunity to further their understanding of their local heritage and history.”

BCA’s Elaine Midgley added, “We’re delighted to have received funding for what is a hugely significant project for BCA and for the town.

“We’re looking forward to providing Bedford residents with a new understanding and pride in its airship heritage, as well as letting the world know that we contributed to such groundbreaking work in aviation and engineering that still continues today.

“The story of the R101 is one of ambition and daring, and we’d like to use that to inspire the public and fire local imagination to consider where we’ve been and where we dream of going.”

For more information about future events and how to get involved visit: www.bedfordcreativearts.org.uk 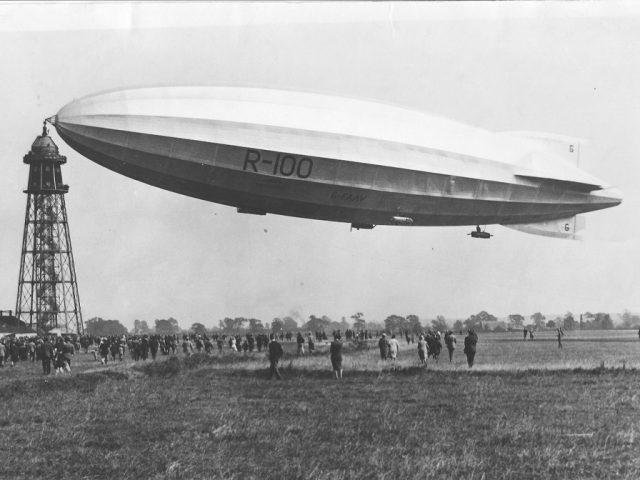