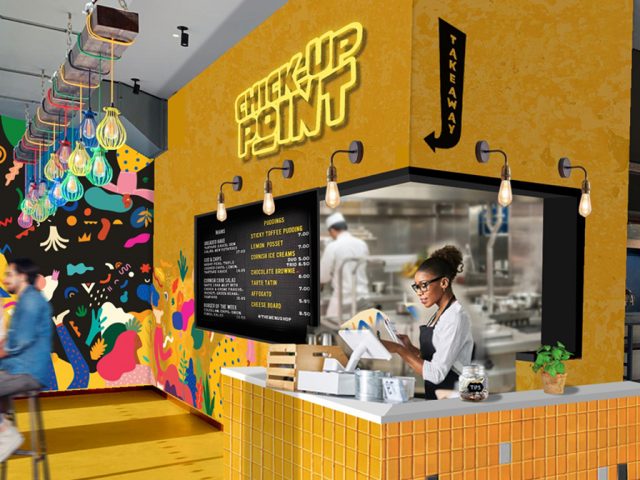 The planned Foxy Wings restaurant will now be a reality after they smashed their stretch crowdfunding target with help from Mark Harrison, the man behind Bedford Park Concerts.

The collaboration between Foxy Wings’ Matt and Gabs Pearson and Beerfly’s Tim Edwards will see the Clapham-based home kitchen take on a unit along the River Great Ouse in the centre of town.

They launched a crowdfunding campaign earlier this month with a £20,000 target that was reached within 72 hours, thanks to hundreds of supporters donating between £25 – £1,000.

This led them to doubling their target which will allow them to buy signage that fits the riverside development and double their outdoor seating area.

This attracted the attention of Mark, who is is currently producing the 25th year of Bedford Park Concerts, scheduled for this summer, who wanted to support the new venture.

“Bedford is full of opportunity and it’s the spirit of people like Matt, Gabs and Tim that gives this town its excellent and unique independent businesses and events,” said concert promoter, Mark Harrison.

“I was so impressed with the way that Foxy Wings has made the most of lockdown and collaborated with Beerfly to create something more permanent, I wanted to help.”

The best of Bedford

Mark believes that Foxy Wings represents what is great about Bedford so decided to help them realise their dream of opening their business.

“All too often people talk Bedford down but there are some brilliant things happening on our doorstep. Whether it’s annual concerts, festivals or enterprising entrepreneurs opening new businesses, we have so much to be proud of here,” added Mark.

Mark Harrison and Tim Edwards are also recipients of the inaugural Bedford Independent Everyday Heroes awards having won Raising the Profile of the Town and Independent Retailer of the Year respectively.

Read: Everyday Heroes winners: These are the people who make Bedford brilliant

As well as an indoor space, they’ll have outdoor seating throughout the summer.

They also aim to be a creative hub at the heart of the community, as reflected in the partnerships with local artists and businesses who created rewards for people who donated to their crowdfunder.

They will also host food and design centred events, live music evenings, creative workshops, and all in all be a hotspot for inspiration, entertainment and culture and community initiatives.

Commenting on the success of their Crowdfunder Gabriela Pearson said: “We have so many people to thank for their support of our project.

“The people of Bedford have shown us an incredible amount of love and trust and we can’t thank them enough, we will do everything we can to make our little project everything it can be.

“It just goes to show how much people are ready to back each other. We hope it will continue to inspire people to use their skills, creativity and passion to make Bedford everything it could be.”

Mohammad Yasin MP (Labour) added his thoughts on the partnership between Mark and the Foxy Wings team.

“Time and time again we have seen small, independent business stepping up during the pandemic, providing jobs and helping the local community,” he said.

“The opening of Foxy Wings in such a prominent location in Bedford is another fantastic example of the spirit of hard-working entrepreneurs.”

Foxy Wings hopes to now open for takeaways in July with the full restaurant opening in September at the former MEXICo unit in Riverside North.