A highlight of LGBT+ month at Bedford College has been a visit from Drag Race superstar, Vinegar Strokes*, one of a number of initiatives organised by the student services department.

The national Lesbian Gay BiSexual Trans + (LGBT+) month of February has also been a time for the College Group to celebrate being awarded the Stonewall Champion silver award for the commitment the Group has shown to those from the LGBT+ communities.

Vice Principal Em Lowe, and Diversity and Inclusion Advisor Anastassia Parsons congratulated the work of staff and students across the college for creating an environment in which students can thrive.

He explained his journey from Performing Arts student, to coming out as gay and finding success with his Drag Queen persona Vinegar. He’s performed on the West End stage in Everybody’s Talking about Jamie and finished eighth in the first series of Ru Paul’s Drag Race UK.

“It started when I was offered a gig to dress up as a Halloween witch, one job led to another then the West End and then TV,” said Danny.

His advice that ‘persistence pays off’ applies to all students. “You have to carve your own way in creative careers, keep trying, keep meeting people, take all the opportunities you are offered, everything is a learning opportunity.”

LGBT training has been given to staff across the Bedford College Group to help them challenge homophobic, biphobic and transphobic language and bullying, and to support the 16+ age group of students who may be questioning their sexual/gender identity.

LGBT+ support groups have been set up successfully across the Group campuses  including Bedford and Shuttleworth College which was also enjoyed a visit by Vinegar.

Students Services Manager Will Sparrow said, “We have had some tremendous student-led work here over a period of years so this is not just a ‘one month a year’ publicity campaign.

“We work all year round make sure students are happy and supported not just by those of us in Student Services but all staff.”

* Want to know the origin of Vinegar Strokes’ name? As a family-friendly publication, we couldn’t possibly comment, but those filth-merchants at the Radio Times can shed some light here. 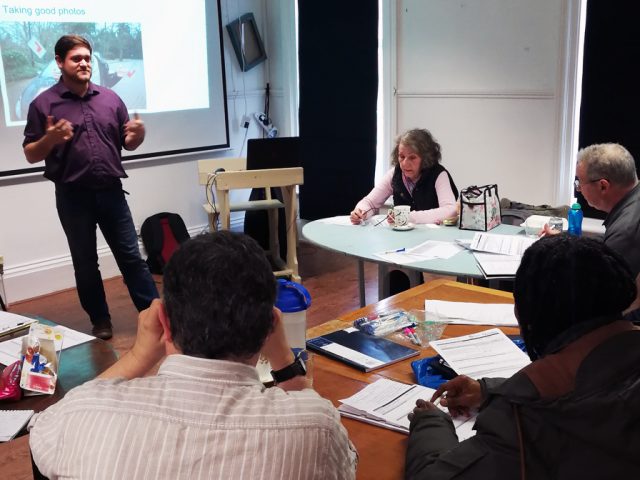