Over 1,000 members of Bedford’s Italian community descended on the town’s Embankment for their traditional celebration of their homeland’s football success.

As soon as the full-time whistle blew on Italy’s 2-1 defeat of Belgium, supporters grabbed their flags and flares, donned their tri-colour wigs and made their way to the riverside to share their joy.

There are approximately 14,000 people of Italian descent in Bedford after thousands arrived in the town from Southern Italy in the 1950s to work at the brick companies and help in the efforts to rebuild post-war Britain.

It’s unlikely that even the most hardened non-football fan could have been oblivious to Italy’s victory last night if they live in Bedford. 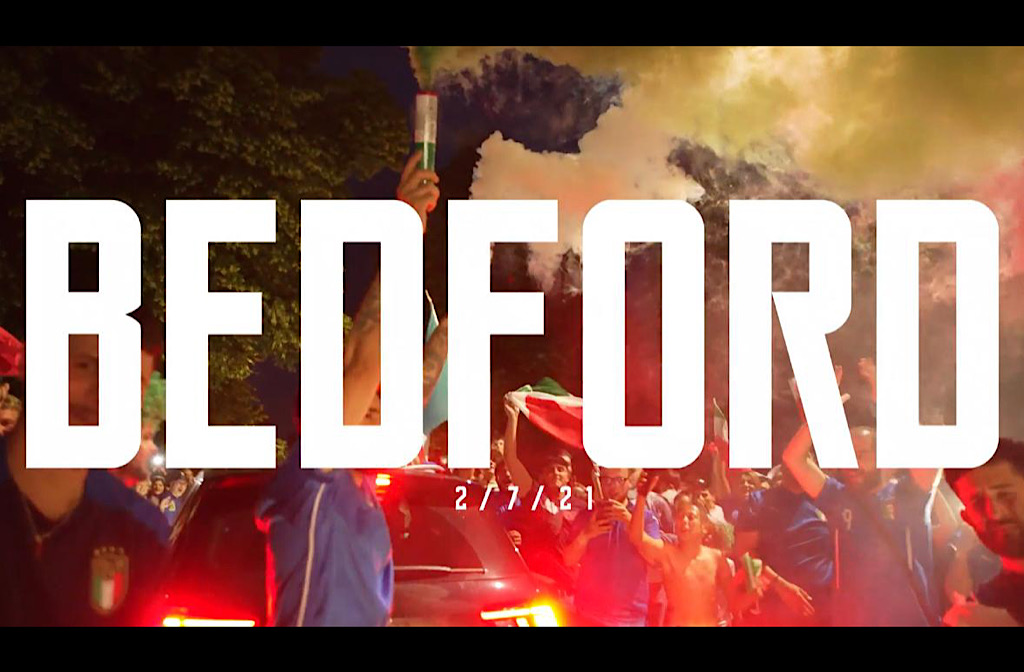 Filmmaker Don Weerasirie of Limelight TV captured the scenes and told the Bedford Independent, “The mood was ecstatic, with everyone hopeful for an England v Italy final next Sunday.

“Everyone was singing Italian songs and after the last 18 months when we’ve been so isolated, it felt like a chance for people to re-connect.

“It wasn’t just about the football, it was about the community.”