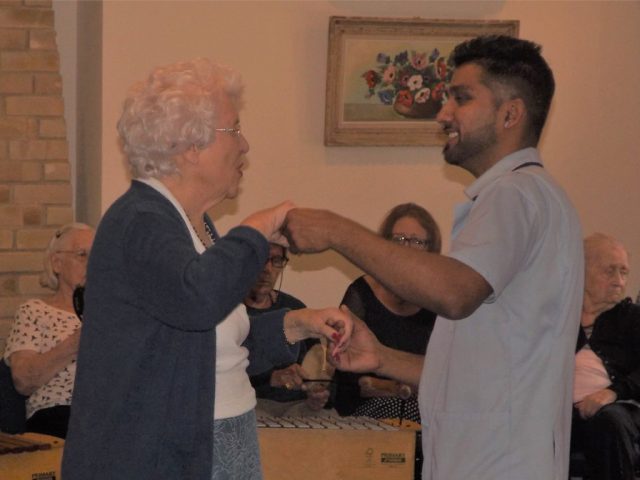 Bedford care home, MHA Anjulita Court, has been showing the positive impact music therapy can have on residents living with dementia by hosting an open group music therapy session

The event took place as part of MHA’s national ‘My Moment of Joy’ campaign which aims to raise awareness of how music therapy can alleviate agitation, depression and frustration associated with dementia.

It’s even been show to help sufferers unlock ‘lost’ memories and reconnect with loved ones, improving the quality of life for individuals, as well as helping with ongoing care.

The open session started off with the home’s qualified music therapist, Clara Browning, who described the science behind music therapy and how every one-to-one session is tailored to an individual’s needs.

The residents, family members, staff and guests from the local community all then joined in and took part in the group music therapy session.

Soon after the group session begun residents that rarely speak were soon singing along and others were shaking their maracas or tambourines to the beat.

While some reactions, which were much harder to see, such as the tapping of a foot or a smile also had an extremely powerful effect on residents, relatives and carers.

Music therapists also used this and future group sessions to help identify residents they believe would benefit from the one-to-one sessions.

Clara Browning said: “The family members and local representatives who joined us for last Thursday’s open music therapy session made for a joy-filled atmosphere.

“I heard staff members say afterwards that they had never seen some of the residents so engaged in anything else before.

“Residents who are known to be particularly apathetic, were dancing, swaying to the songs, singing along and interacting with each other.

“Group therapy sessions bring people out of their shells and bring us all closer together.

“However, while group music therapy sessions enable social interaction and reminiscence, in individual music therapy we focus on identifying and stimulating remaining cognitive functions such as attention and memory.

“This is so that we can support emotion regulation and help manage the resident’s neuropsychiatric symptoms of dementia such as apathy, agitation, depression and anxiety.”

Home Manager, Ernie Botley added “Having Clara with us truly lifts the spirits of our residents with dementia.

“It is striking to see how our residents, who are usually confused and find it hard to focus, hold their attention for so long when it comes to music therapy.” 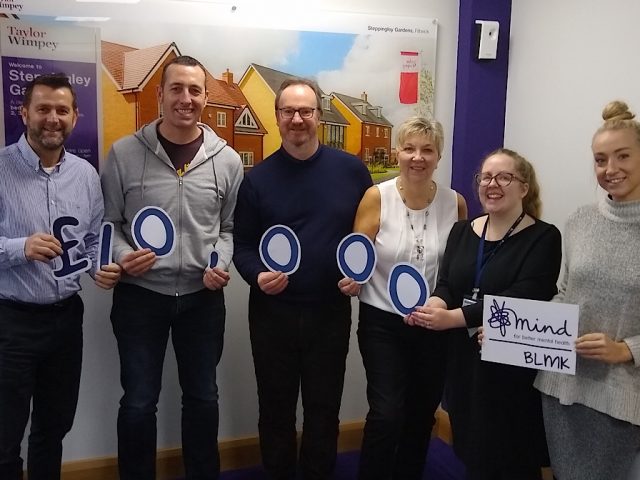