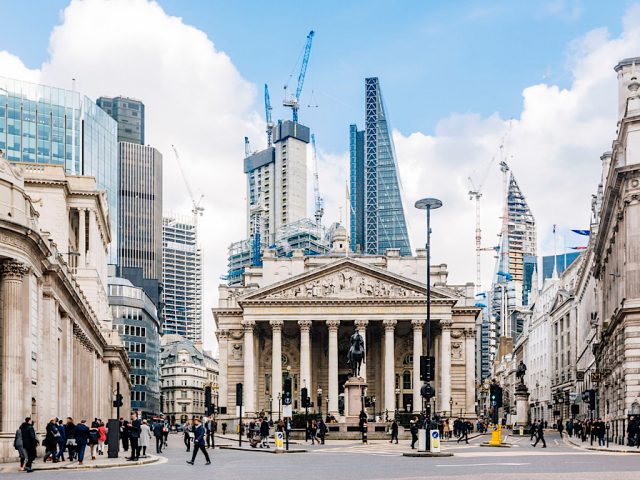 Interest rates may come DOWN this year as the economy stutters because of Brexit and global trade uncertainties.

That’s according to the investment advisers to Bedford Borough Council who help shape the authority’s expectations of what they can expect to receive in income from millions of YOUR pounds.

While a falling Bank of England base interest rate – currently at 0.75 per cent – could mean good news for mortgage holders, it would continue to clobber savers and investors, who have seen low returns for years.

Mark Pickering, of treasury management advisers Arlingclose, said, “Inflation has fallen and pressure is expected to remain weak. This means there will be little pressure on the Bank of England to increase interest rates.

“There is very little pressure in the short term at least.”

He said his company’s forecast still sees interest rates at 0.75 per cent until perhaps Spring 2021 when they could start to go up again. But until then he said the “risk” to his forecast was on the “downside”.

His assessment is based on how the UK economy performs, and while people’s wages have been rising, they have not been spending it as much as they used to even a few years ago.

Instead of maxing out on credit cards, consumers have been deciding to save more than they did in 2017. This means less inflationary pressure.

Bedford Borough Council has an average of nearly £65 million in investment balances throughout the year, which includes council tax money received before it is spent.

They use investment returns, this year forecast to hit £2.5 million, to provide an additional cash flow.

Mr Pickering said a recession in the UK is a risk “but now there is more certainty over Brexit, some of that uncertainty may abate.”

He added that there was still a risk from uncertainty over trade talks with the EU, and whether those will be extended beyond the end of 2020.

Interestingly, Bedford Borough Council does not invest in banks.

Monday’s meeting of the treasury management advisory panel was told that if banks crash, the council would lose all its invested money.

This is because the investments of millionaires and councils would be used to protect the savings of individual bank account holders.

The committee’s findings will be reported to a future meeting of the council’s executive.