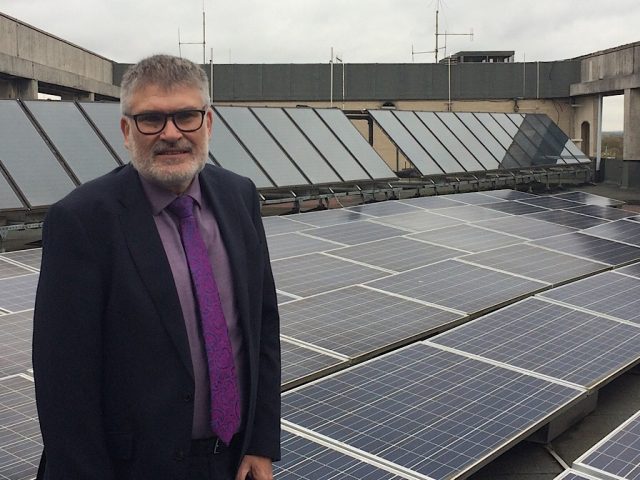 A councillor has welcomed initiatives set out at this week’s first meeting of Bedford Borough Council’s new Climate Change Committee, but challenges the Mayor to be even more ambitious with the Borough’s environmental plans.

Green Party councillor for Castle ward, Lucy Bywater said, “I welcome the Council’s carbon reduction targets and there was much positive about our first climate change committee this evening.

“However, the urgency of the situation means we need to be as ambitious as we can beyond what the Borough is immediately responsible for, and consider every area from planning to transport to education.

The committee was formed after the Mayor declaring a Climate Emergency earlier this year and held its first meeting on Monday 30 September.

Since he was first elected in 2009, Mayor Dave has overseen the Council reduce its carbon emissions on council buildings by 62% and delivered a number of energy efficiency projects across the Council’s estate including installing Solar panels on several Council sites.

Dave said, “We are not stopping there; we are committed to the Council becoming Carbon Neutral by 2030.

“At the Climate Change meeting we discussed the possibility of utilising land unsuitable for development for creating green spaces, solar farms and/or battery storage, for example at the former Elstow landfill site.

“We are also relaunching the Climate Change Fund to support communities and individuals to reduce their emissions – and also save money.”

Other initiatives introduced by Bedford Borough Council include:

The Mayor has pledged to work with partner organisations to plant more trees in the Borough, saying, “Last year we planted a record number of trees and we will continue to work with developers, voluntary organisations and others to plant even more trees to offset carbon emissions and encourage schools to get involved with tree planting – there are schemes that will provide schools with up to 200 tree seedlings for free.”

Cllr Bywater said, “There are so many co-benefits to addressing climate change, such as helping us to tackle local air quality and fuel poverty, reduce waste and planting thousands more trees for both wildlife and wellbeing.

“Engaging local residents and businesses is a priority too. We need to be bold.”