Bedford Borough Council’s financial forecast estimates that its budget gap will grow to £17 million in 2026/27 – but its executive was told that this would have been higher if a budget amendment proposed at full council was successful.

“The only significant change in the strategy itself is to give more details on the business rates reset.”

The Medium Term Financial Strategy Refresh report presented to the executive said a reset could result in a reduction in retained rates of around £9 million.

“Also accompanying in this report is a refreshed financial forecast,” councillor Headley said.

“And this particularly reflects the risk of reduced income following a New Levelling Up formula that we expect the government to put in place for local authority funding and the business rates reset.

“As I’ve mentioned before, for us this really amounts to a levelling down and not a levelling up.

“As we’re expecting reduced income from those changes. 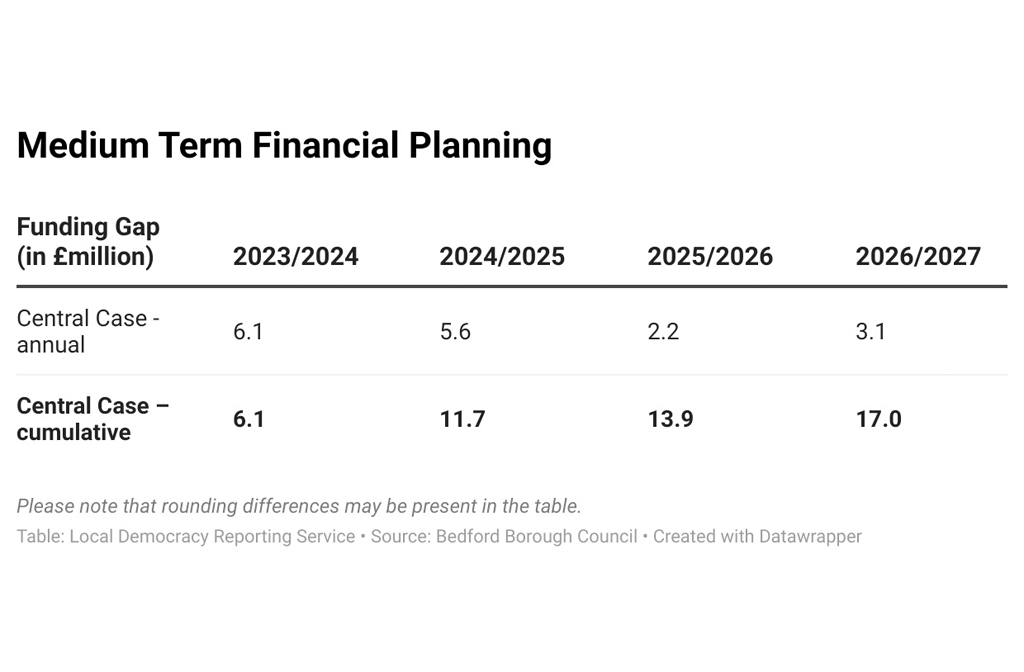 Councillor Headley said the council’s transformation programme is aimed at bridging that gap.

“[It’s] perhaps worth noting in the context of this report,” he said.

“That if the budget amendment that had been made at full council had been successful the gap would be £10.1 million next year, increasing to £19.4 million by 26/27.

“That would significantly increase the need for further cuts.”

Councillor Headley added that the extra cuts weren’t identified by those proposing the amendment.

“Just leaving what would be extra cuts to be found in the years ahead,” he said.

“The Trend Report is our regular update on budget trends for the current year,” he said.

“As you’ll see in the report it shows a forecast overspend at the point of the report of £550,000.

“However, as it says in the report, this is expected to be managed in the final
quarter of the year that we are currently in.” 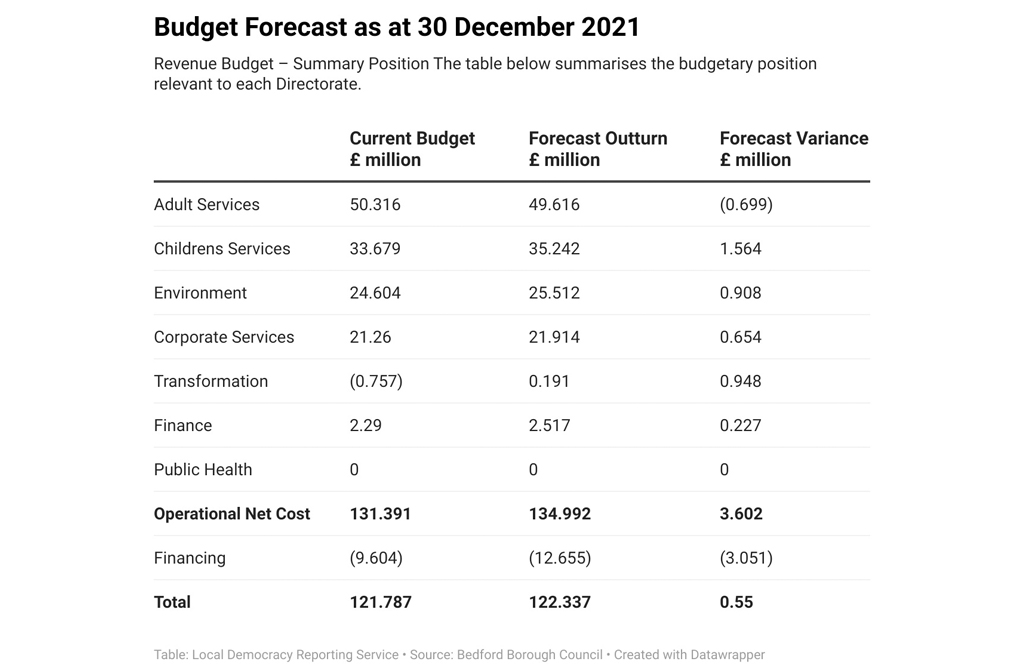 The Trends Report said there is a range of financing options available should the council need to finance an overspend.