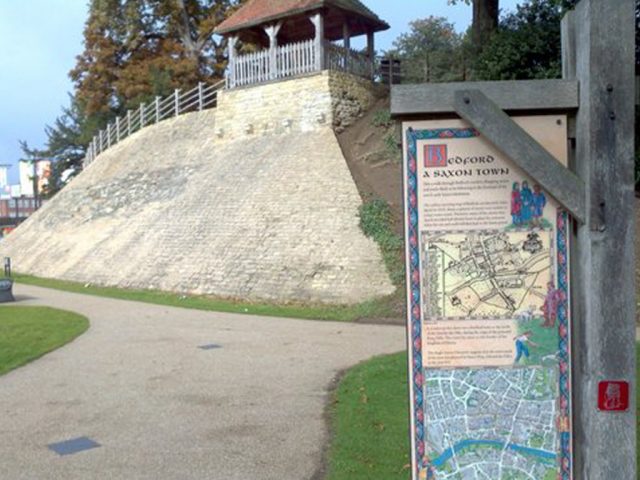 Bedford Borough Council say the CCTV camera used to monitor Bedford’s Castle Mound was ‘looking the other way’ while a girl was being beaten-up by a gang of teenage girls.

The youngster was attacked in broad daylight last month (23 July) after being lured to the site on The Embankment by her attackers.

Witnesses say around 20-30 teenagers were gathered on the mound with some of them filming and cheering as the youngster was kicked and punched to the ground.

But, despite the large gathered group and subsequent attack, CCTV operators were unaware of anything going on as the camera was pointing the other way.

If they had seen the scenes unfold on their screens they may have been able to alert police immediately who could have attended and taken appropriate action.

However, a Borough Council spokesperson said that despite seeing the gathered group of teenagers, operators began monitoring other areas covered by the camera.

“This incident did not take place within view of the CCTV which covers Castle Mound,” said the spokesperson.

“CCTV operators noted a group of teenagers in the area, which is not unusual around Castle Mound.

“At the time, the group were not doing anything that required further monitoring and CCTV operators did not witness any criminal offences.”

The camera used to monitor Castle Mound is a pan-tilt-zoom (PTZ) camera and capable of remote directional and zoom control.

This means is can be pointed in multiple directions and may not always be pointing in the right direction when something is happening.

The CCTV pages on the council website add that they do this to “help reduce crime, nuisance and anti-social behaviour as well as assisting in securing arrests and prosecutions.”

Despite not capturing the attack itself, Bedford Borough Council say they believe images from around the time of the attack will still be of use.

“CCTV footage of the area at that time has been preserved and the council is working with the police who are investigating,” added the spokesperson.

Bedfordshire Police say they have not yet received CCTV footage from the council, but expect to do so shortly.

The investigation is ongoing and anyone with information is asked to contact Bedfordshire Police on 101 or through their online reporting tool at bedfordshire.police.uk/report quoting reference 40/42411/19.