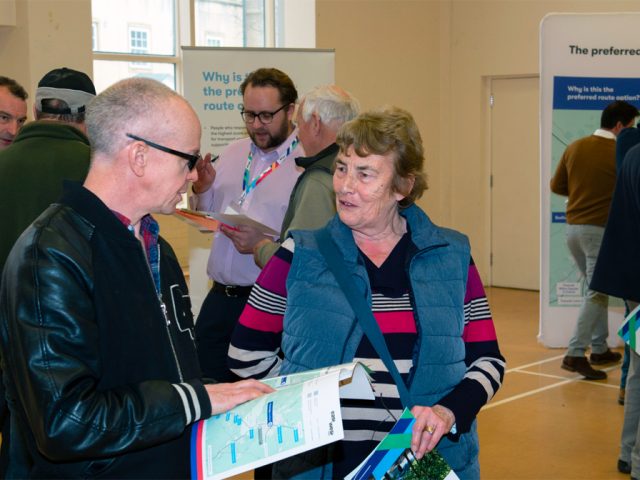 East West Rail’s new chief executive, Beth West, has said she wants to “create something which supports the future of [Bedford’s] communities”, as a series of drop-in events with her team are announced.

The session will begin in Bedfordshire, with others taking place along the proposed route between Oxford and Cambridge. They will be open to everyone.

The session for Bedfordshire residents are:

“I am a passionate advocate of community involvement and am delighted to be announcing these events,” said Beth.

“In my first weeks at EWR, I have talked in depth with people from across the route and have seen how clearly people want us to create something which supports the future of their communities.

“People deserve accessible, good quality public transport wherever they live, and I know EWR has the potential to make a tangible, positive impact on the life of hundreds of thousands of people.

Mike Barlow from pressure group BFARe said he was pleased to hear about the sessions, but was disappointed it had taken so long to get organised.

“We welcome EWR, at last, putting on public events after months of lobbying and pressure on them from BFARe, Protect Poets, local councillors, and the two MPs,” he said.

But, he added, “we are disappointed it has taken this long, particularly after commitments made by Will Gallagher to BFARe in our meeting with EWR back in October.

“Our fear is that this will be another EWR transmission session in order to feign engagement with the public and tick their engagement boxes.”

Beth, however, sought to reassure locals that the sessions were about listening to their concerns and that the team are eager for people to come to meet them outside the formal consultation process.

“If you live or work around Bedfordshire this is a great opportunity for you to meet the EWR Co team. Although there’s no new information to share just yet, I think it’s really important to keep talking.”

EWR Co said they were set a “welcome challenge” by the public during their second consultation held in 2021, with respondents raising over 160,000 individual matters to consider.

They promise that each one of these will be taken into account before the next stages can be announced.

The events in Bedfordshire are the first in a planned programme of drop-in sessions for communities across the route between Oxford and Cambridge. Details of events in other areas will be announced in the coming weeks.

They are not part of the formal consultation process but provide an additional opportunity for EWR Co to share information about the project in person.

Pressure groups, however, do hope there will at least be some answers to their ongoing questions.

“There are still unanswered questions regarding costs changing in 2019 and costs being hidden in 2021, environmental assessments not shared, relative carbon calculations not being performed at the route selection stage, and many more,” said Mike from BFARe.

“We hope they will be providing some answers to these. I would urge anyone concerned about EWR to attend one of the events.”

In addition to these events for the wider community, EWR Co say they’ll be arranging one-to-one appointments with residents and businesses whose land is potentially directly affected by the proposals.

These will be an ongoing series of events and it is expected that the initial series of appointments will have been completed by the time the public events take place.

For more information or to see the available options for travel to the meetings, visit their website.

If any Bedfordshire resident or business has specific concerns they would like to discuss separately to these meetings, they can get in touch by email.