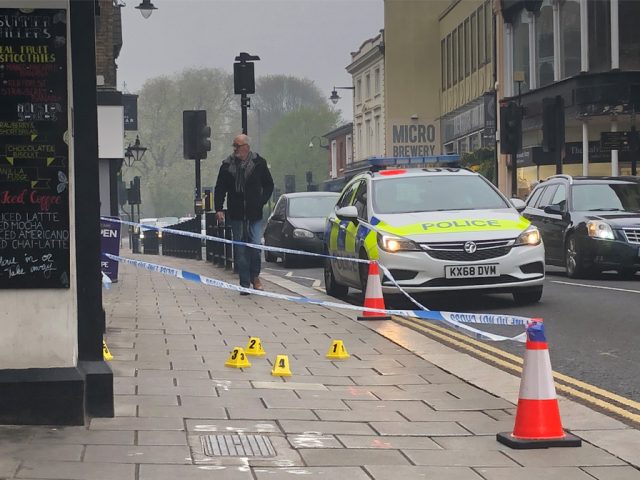 Part of the pavement on Bedford High Street was cordoned off last night and for most of today after a man was assaulted.

A man has been arrested in connection with the incident.

In a statement, Bedfordshire Police said: “We were called just after 9.30pm last night (Sunday 7 April), to reports that a man had been assaulted on Bedford High Street.

“A scene guard was initially put in place overnight. One man was taken to hospital, and one man has been arrested in connection with the incident and remains in police custody.”

The pavement outside Coffee With Art and Poppins was closed until around 11am this morning.

Neither business is believed to be connected to the incident, and remained open as police investigated.