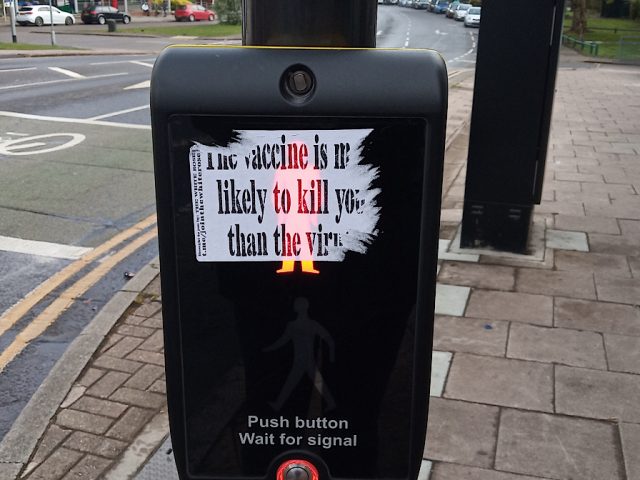 Residents have reacted angrily to a spate of stickers spotted throughout the town, spreading anti-vax and conspiracy misinformation about the Covid-19 pandemic.

The stickers purport to be from the anti-lockdown White Rose group, which proclaims it is ‘taking the immense power of meme warfare to the streets, via the medium of stickers’.

The group has taken its name from the Weiße Rose (White Rose) group formed in Germany in 1943 to provide intellectual, non-violent resistance to the Nazi party.

Founded by students to resist the fascist policies of Adolf Hitler, many were arrested by the Gestapo, put on trial and either sentenced to death or imprisoned.

The stickers, which have been seen around the Greyfriars, Bromham Road and Castle areas of the town, feature anti-lockdown and anti-vax rhetoric.

One has been stuck on the window of Kidmans Pharmacy on Castle Road, covering up a poster encouraging residents to get their Covid vaccine.

“When I saw the stickers I felt disappointed and sad because the majority of people in the Bedford community are obviously still making the effort to protect each other against Covid-19 because they understand the very basic primary-school-level science of coronavirus vectors,” said Bedford resident, Lara Piegeler.

“Trying to mislead people in this way is a betrayal of everyone else and belittles our efforts, and could cause deaths.”

As a person of German heritage, Lara said she felt angry when she saw the name the group responsible for the misinformation had used.

“I’ve spent some time thinking about what it would really mean to actively resist a fascist regime and I believe it would require great courage, wisdom and compassion for one’s fellow humans,” she said.

“The people who have chosen this WW2 anti-Nazi group as their namesake maybe don’t realise the irony of what they are doing, or the insulting nature of their choice for some people for whom resistance to fascism is still within living memory.

“They also seem to forget that there are real neo-Nazis to worry about, and equating science-backed health protection with Nazism is a hideous distortion of reality.” 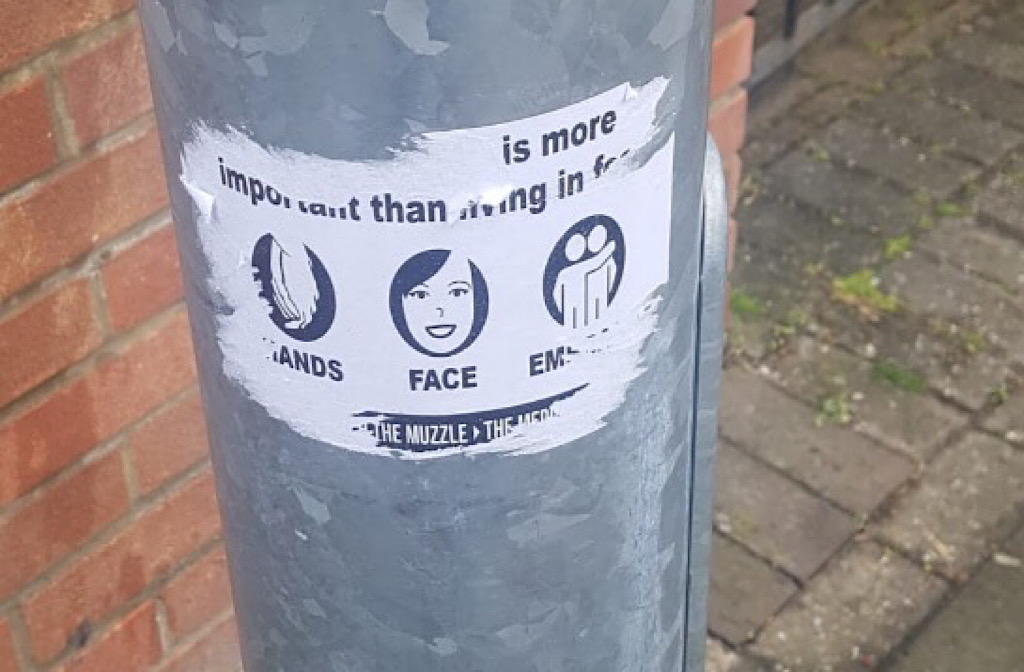 A Borough Council spokesperson said “Fly-posting can be reported to the Council via our website and we will investigate and remove it where we can.

“Fly-posting is a criminal offence, and individuals found responsible can be fined £100.

“Vaccinations are a safe and effective way of protecting ourselves and others from diseases. We would always urge people to go to reputable sources for information, such as the NHS or their local Council website.”