Dan Fisher, the man behind the Bear and Barley Mow pubs – and former director of Bedford BID, is under intense scrutiny following allegations by staff at his pubs.

Mr Fisher, who operates a number of pubs throughout the region styled as the Lion Group, is facing claims of unpaid wages and PAYE on behalf of staff.

A representative purporting to be an HR executive for the Lion Group responded to the allegations.

“Some of those alleging [sic] claims did not work for us, but worked for management companies who ran the establishments under retail agreements,” they said.

“… as such the management company would be responsible for the hiring and paying staff.

“On occasions we may employ people between management companies as we hold the site or the few sites that we directly manage as managed houses. This is common practice.

“We refute this allegation fully and we have evidence that proves with [sic] made all of our PAYE Contributions.

“We work on RTI and as such contributions are automatically collected by HMRC. On the last report 9 out of 10 work less than 12hrs a week and have no contributions.”

Over the last few months, existing and former staff have come forward claiming they are owed wages with some launching legal battles to recover their lost earnings.

In the email from HR executive Dami George-Peters – although signed off ‘Dami Golding-Peters’– it stated there may be a dispute over who might pay holiday pay where a new company is involved.

Former supervisor of the Bear, Hannah Deverick, took to social media in February after she left the company.

On leaving, she removed £1,030 from the pub safe – she says to cover money owed to her by her employers.

She left a note addressed to Mr Fisher in the safe explaining her actions, stating: ‘Please accept this letter as my resignation with immediate effect.

“I am owed one month’s wage plus holiday pay. I have taken this as full payment… you have left me with no alternative to leave because of the way you treat your staff.”

A spokesperson for the Lion Group said they had reported Ms Deverick to the police for theft.

“When she discovered she was being investigated, she left with the contents of the safe and has since attempted to discredit everyone within the company with lies and threats.

“This is all completely fully evidenced by CCTV and a hand written note (written on cctv) which she even left in the safe after stealing from it.”

We have requested a Police crime reference number from the Lion Group relating to this incident but they declined to provide one.

MsDeverick told the Bedford Independent that she knew nothing about an investigation into her behaviour.

“I have never denied taking the money from the safe,” Ms Deverick told us.

“I did nothing with it for about two months after I left as I was convinced the police would come to question me.

“I have never heard anything from the police and I would be more than happy to speak to Bedfordshire Police about the incident.”

Ms Deverick had been working at the Bear for two years when Mr Fisher’s company took over the tenancy and promoted her to pub supervisor.

She says she made the decision to leave a job she loved after she was forced to sack her assistant manager for reasons that were unclear to her.

Her post attracted comments from dozens of other former employees who supported her account and added their own experiences.

According to the Lion Group HR executive, “It was recinded [sic] as Ms Deverick smeared and tried to damage the business when she realised she was under investigation.”

However, North Beds CAMRA chair, Dan Veal, told the Bedford Independent, “The award was taken from The Bear and given to The Rose under the same circumstances as any other CAMRA award would be. ​

“They were undergoing a change of management with Hannah leaving and we couldn’t guarantee that the quality would resume under new management.”

27 former staff are now in touch with Ms Deverick and the Bedford Independent has exclusively spoken to a number of ex-employees keen to tell their story.

In documents the Bedford Independent has seen, Ms Deverick was deducted £260/month for accommodation, despite being promised that accommodation & bills were included in her package.

In the six months Ms Deverick was living at the Bear, an entity calling itself UK Pubs deducted £1,560 for ‘accommodation’.

According to the Group’s statement: “For avoidance of doubt General Managers are afforded free accommodation, but are responsible for paying their own Council Tax.

“Detailed in the Staff Handbook, rent will be deducted until they provide evidence they have registered and paid their council tax. No evidence was provided despite requests.”

The Bedford Independent has seen evidence that Ms Deverick endeavoured to register for council tax with Bedford Borough Council, but was told the property was already registered to another individual.

We have seen evidence that Ms Deverick contacted Lion Group’s Chris Tearne to request advice. He advised her to contact the company’s online helpdesk. Her request to the helpdesk went unanswered.

The message – sent after the alleged internal investigation had begun – states that her departure (and subsequent Facebook post) is “disappointing to hear and see as the feedback from Director level is that you were starting to do a good job.”

The Northampton telephone number at the bottom of the message is for TSU couriers. ​

When the Bedford Independent called, we were put through to an automated switchboard. We left a message for the HR department, but no one has returned our call.

We asked the Lion Group about their relationship with TSU couriers, of which Mr Fisher  is a former director, and they did not provide a response.

Until 2015, the Bear was run by Paul Shilladay. At his retirement, Paul was Bedford’s longest-serving pub landlord, having his name above the door of the Bear for 29 years.

The Bear was widely acknowledged as Bedford’s alternative pub, a hugely popular town-centre magnet for anyone seeking an antidote to High Street chain pubs.

With a legendary jukebox plus successful pool and darts teams, the pub’s locals were made to feel like one big family.

Since Paul’s departure, the pub has struggled but was edging back under Ms Deverick’s management.

Following her departure, her #boycottthebear movement has gained traction and the pub’s fortunes have once again plummeted.

Hawthorn Leisure are currently advertising the tenancy of the pub.

In their statement to the Bedford Independent, the Lion Group said: “Many of the allegations are wholly untrue, misguided, inaccurate, and disputed, some are subject to police investigation.” 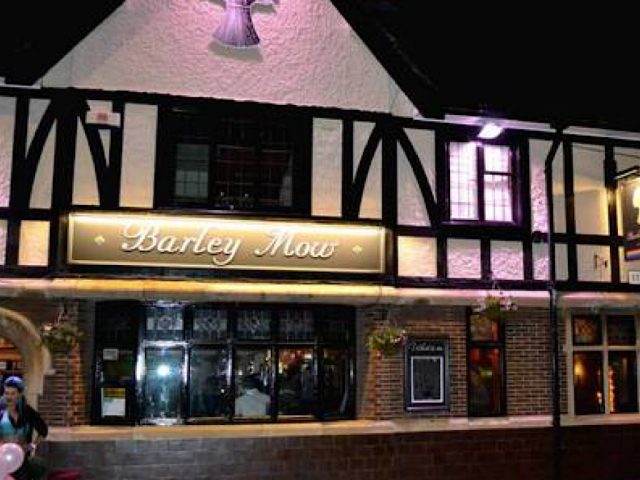 Barley Mow Bedford is back in safe hands 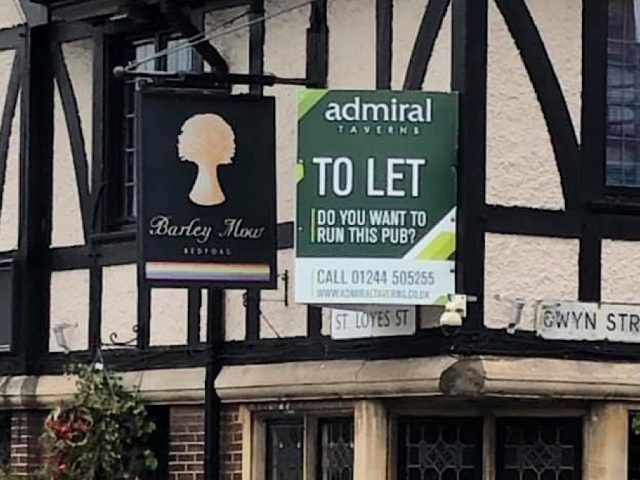