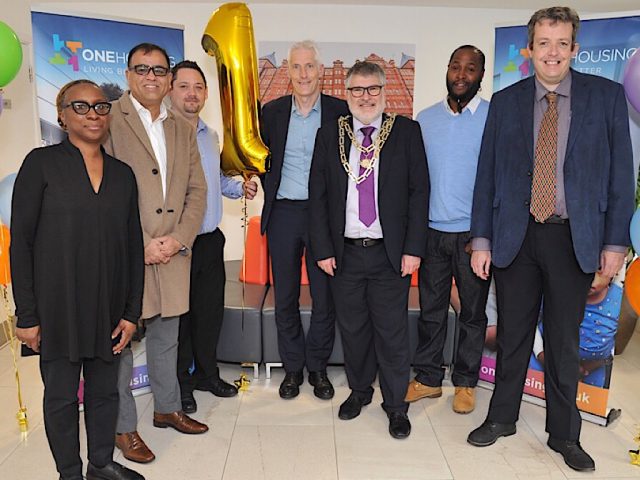 As Clarence House homeless shelter celebrates its first birthday, it has been credited as a key initiative helping to tackle rough sleeping in Bedford Borough.

When it opened last year, Bedford had the seventh highest number of rough sleepers in England with 76 people on the streets. Latest Ministry of Housing, Communities and Local Government figures have shown that there are a third fewer people sleeping rough in Bedford than there were one year ago.

Over the past year, Clarence House – run by One Housing – has provided specialist, intensive support to some of Bedford’s most vulnerable people. The combination of independent-living apartments, care and support has meant that people with complex needs have been supported to break free from the cycle of homelessness.

“Clarence House has had a huge impact on the lives of people who have been rough sleeping in Bedford, and they have already seen some amazing and positive outcomes,” said Sam Price of the Bedford Homeless Partnership.

“Numbers of rough sleepers may have gone down, but on any given night there are still an estimated 51 people sleeping rough.  We are committed to working together with all our partners to reduce that number to zero.”

“The success of Clarence House is a testament to the hard work and dedication of our staff, residents, volunteers and local partners. We are delighted the scheme has been so well-received and are committed to continue to work with the local community to end homelessness in the borough.”

Clarence House celebrated its first birthday with a visit from Mayor of Bedford Borough Dave Hodgson MBE and Mohammad Yasin MP alongside councillors Anthony Forth and Luigi Reale on Friday 15 March. The cake was provided by London-based Luminary Bakery – a social enterprise employing previously homeless people.