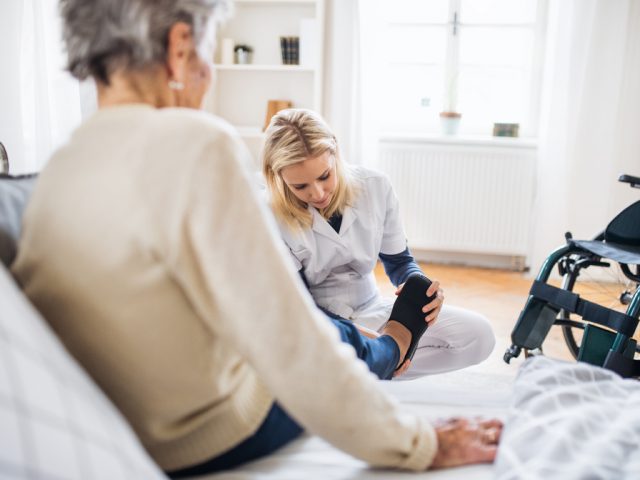 32 care home staff in Bedford Borough did not get vaccinated by November’s deadline, but it is not known how many were redeployed within the sector.

Kate Walker, director of adult services reminded the Adult Services Overview and Scrutiny Committee on Tuesday (14 December) that her last update was before the compulsory vaccination deadline for care home staff.

“We’re now a month on from that, and we continue to monitor and work with the care homes with regards to any potential impacts, risks and mitigations to the residential and nursing home market,” she said.

“We did lose some staff from Bedford Borough as expected because of the compulsory vaccination.

“Where possible, people will redeploy to other services and only as a last resort did people choose to leave or were required to leave as per the national guidelines,” she said.

Ms Walker also gave an update on staff who clinically self-certificated by their own choice.

Originally, the deadline to apply for an exemption through a clinical route was 23 December

But due to the number of exemptions in the region, clinicians are behind with the signing off process. So an extension until March 2022 has been put in place.

Ms Walker said: “So that means that some staff will remain in the service with their self-exemptions.

“As long as they’ve got those self-exemptions in place before this cut-off date  they can continue to work [in the sector].”

Councillor Tim Caswell (LibDems, Goldington Ward) asked how many people left after the 11 November deadline and how many were redeployed.

Ms Walker replied that it is believed that 32 staff left their role.

“I can’t give you the breakdown of the numbers redeployed across the whole sector, I don’t have that information, but that’s how many left their post,” she said.

Cllr Caswell wondered how many went to domiciliary care, given that this scenario could happen to them again.

Ms Walker said: “Before the end date there was knowledge in the system that it was likely that the compulsory vaccination would happen and perhaps the same situation would occur again.

“It’s my understanding that people were aware that this could happen in another scenario.

“So I don’t think everybody did go, but those that did went with some awareness that this could happen in another service area,” she added.

“Because they’re private organisations I wouldn’t possibly know about the redeployment and any other options that people were offered,” she added.

“But I do know that the care sector was really reluctant for anybody to have to go anywhere and tried to do all they can to retain people if they had posts or other services within their business.

“The number of staff who are self-registered for medical reasons is 12 across the whole of Bedford Borough.

“So with that extension that’s a bit longer that we can keep staff and hopefully they will get their exemptions cleared under the clinical approval route.

“The services are telling us that they have managed to cover the loss of staff by agency and bank staff, other arrangements and recruitment in some areas,” she said.