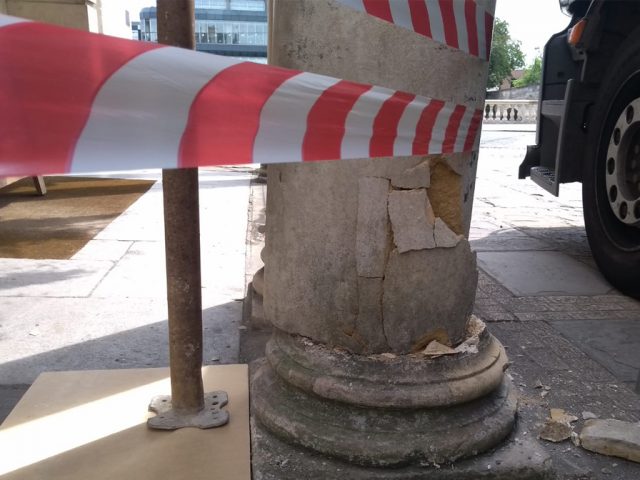 A car has been driven into the Bedford Swan Hotel, damaging 200-year-old columns that support a balcony above its main entrance.

The damage occurred when an “aggressive driver” drove in to the columns before speeding off.

“We are still open for business but I’ve had to temporarily close the formal front door due to the damage,” said hotel manager Malcolm Wyse.

“The aggressive driver drove into them and sped off. We’ve put up temporary supports but they will need to be assessed by a structural engineer.”

Despite the significant damage, and Bedfordshire Police being provided with details of the car involved, cops say there’s very little they can do. 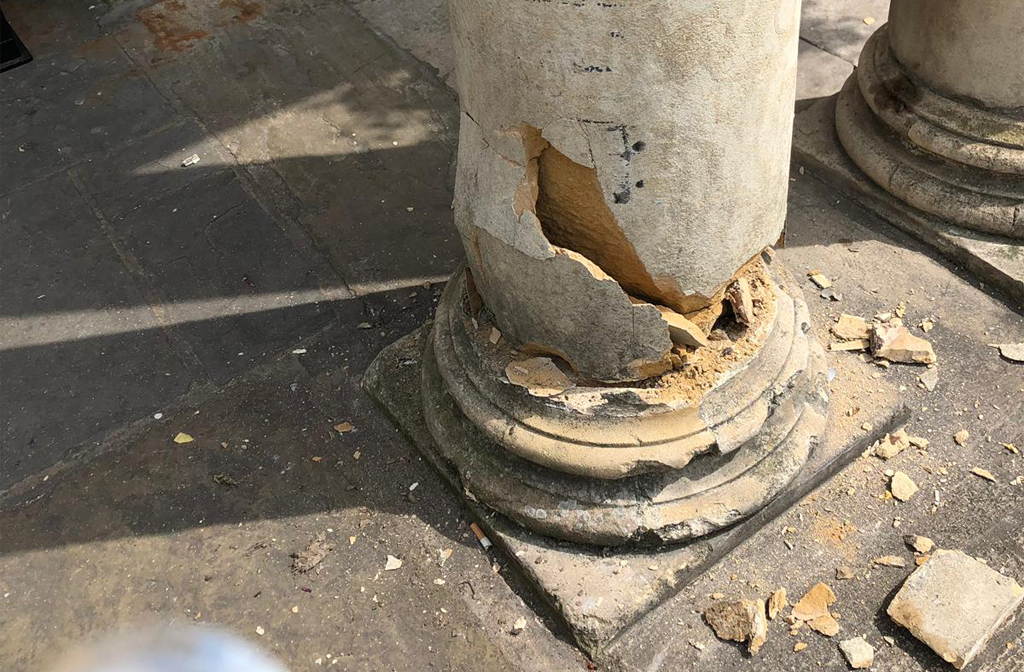 Bedfordshire Police confirmed that they had been made aware but as the car is registered in Ireland they can do very little to find the person responsible.

A spokesperson for Bedfordshire Police said: “The purpose of a police investigation following a collision is to establish whether it can be proved in court that any traffic offences have been committed.

“Unfortunately in this case, as the other vehicle involved is foreign registered, no prosecution is possible.

“In the absence of proportionate lines of enquiry, which are likely to lead to identification of the driver and a potentially successful prosecution, the file will now be closed and no further police action taken.

“This is primarily because we do not have access to vehicle keeper details held in other countries, and nor do we have the ability to summons a driver from outside the UK.

“Should new information come to light which might assist in re-opening the investigation, we would be happy to hear from the complainant.”

The Bedford Swan will now have to make a claim against their own insurance.